Reylo In The Rim - Outro

Geek19 of CannotGetYourShipOut and I wrote a lot about Rebellion in the Rim awhile back, and we're done writing about it now.  You can look at our previous articles:

Read more »
Incoming Transmission From: Biggs at 10:57 No comments:
Email ThisBlogThis!Share to TwitterShare to FacebookShare to Pinterest
Labels: Rebellion in the Rim, Star Wars Armada

Here's a post saying we've got a new podcast episode up.  Expect more blog posts once Dec 4th rolls around.  Some stuff IS better in text after all.

Incoming Transmission From: Biggs at 08:50 No comments:
Email ThisBlogThis!Share to TwitterShare to FacebookShare to Pinterest

Restrictions to normal abilities that Grand Moffs shouldn't be using!

Maybe some other stuff!  I forget!

Send me suggestions if you think there's some stuff that should make 1.2, and let me know how these games are going!

Incoming Transmission From: Biggs at 18:19 No comments:
Email ThisBlogThis!Share to TwitterShare to FacebookShare to Pinterest
Labels: Grand Moff Variant, Rebellion in the Rim, Star Wars Armada

Reylo in the Rim 6: Geek and the Half-Written Article

https://cannotgetyourshipout.blogspot.com/2020/08/rebellion-in-rim-article-9058-actually.html
I'm not in a spot where I can copy /paste these articles today so just read 'em on CGYSO.
https://cannotgetyourshipout.blogspot.com/2020/08/rebellion-in-rim-6-special-its-not-easy.html
Incoming Transmission From: Biggs at 07:59 No comments:
Email ThisBlogThis!Share to TwitterShare to FacebookShare to Pinterest

Biggs vs Truthiness: Round 2

The Empire has regained our footing in Biggs and I's continuing GM RitR campaign, taking the round two by a 2-1 margin.
Commander Alzer, having learned his lessons, played a more conservative game against Formynder over Bespin. He opted to go for lots and lots of volatile deposit tokens. He still lost...well a lot. In exchange for the victory, Alzer lost his Gladiator and all of his squadrons, taking down only YT-2400s in return. Still, a win is a win, which allowed Alzer to take home of Engine Techs. The upgrade would have saved his Gladiator in both of the last two games, so hopefully it will continue to help him along. Meanwhile, Rikash had a solid victory over Madaghmire on Ryloth. In exchange for Cienna and Valen, Rikash brought down all three of Madaghmire's Hammerheads. Though the reward could have been unique, I instead opted to grab Gunnery Teams for Broba's Cymoon.
Brobafett had the hardest job of the three. In an attempt to take Mandalore before the Rebels could turn it into a base, I sent him after it again. This time, however, he had to contend with an ally token. It proved too much for him, losing the Cymoon as well as Tempest Squadron in exchange for some of the allied Lancers. Oddly enough, leaving aside the valuable allied token, we ended up getting more in a loss than in a win. Because of Jamie's ally token, Imps got a double under strength bonus for the location. That meant 10 points of one upgrade class and 5 points of another (Mandalore has ordnance and officers). Per a Biggs ruling, I had to give all the upgrades to a single commander, so I gave them to Rikash. Of the three, he could make the most use out of the both upgrades. He got an Expert Shield Tech for his Arquitens, Assault Concussion Missiles for his Raider, and External Racks to bank for later scrapping.
That tied us up at 3-3, giving Biggs the first go for round three. He assaulted Saleucami with Jamie. I defended with Alzer. I followed up with an assault on Mon Cala, spearheaded by Rikash. Biggs sent Madaghmire to defend yet again. For those keeping track, our blind matching system has resulted in 4 duplicate match ups. Biggs finished up with an assault on Ord Mantell, led by Formynder. Brobafett moved to the defense.
That's all for now. Biggs and I will have a pivotal after this round of matches, so expect that in the near future! 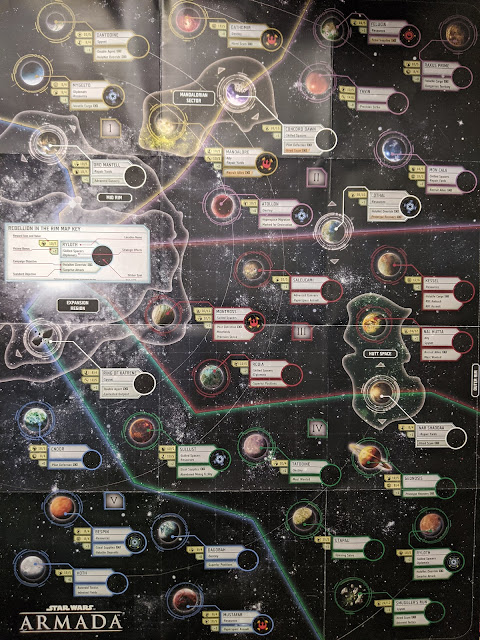 Incoming Transmission From: Truthiness at 19:17 No comments:
Email ThisBlogThis!Share to TwitterShare to FacebookShare to Pinterest 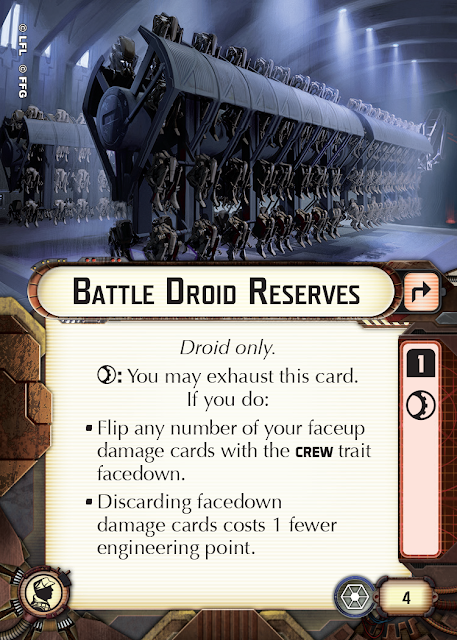