All screengrabbed from the Inflight Report 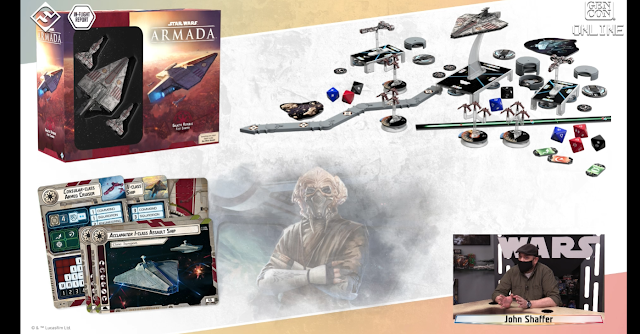 I've been taking forever to actually compile the votes and format this darn thing, but here's the definitive Steel Strategy Imperial Squadron Rankings.

Think we're wrong?  Argue about it in the on our discord. 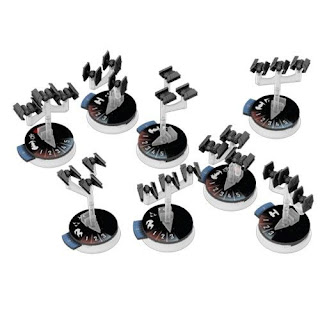 Biggs vs Truthiness: Round 1

We're blitzing through our Grand Moff Rebellion in the Rim at a quick pace. The first round is already over, and as of this writing, the first game of round two is already complete!

Rikash pulled off a close win over Madaghmire at Lothal 117-87. Unfortunately for my underlings, they failed to secure victory at either Felucia or Mandalore. Apparently, Brobafett was more of an outcast than he led me to believe. His kin rejected his generous offer and delivered a close victory to the Rebels 52-40. Captain Jonus' craft was significantly damage late in the engagement, allowing the traitorous scum to claim the slimmest of "victories." Alzer, meanwhile managed to lose TWO of the Emperor's ships! TWO! With only 2 YT-2400 kills to show for it! This type of incompetence will not be tolerated. He has been formally reprimanded and sent for corrective training. Another such failure will have more...severe consequences.

As a reward for his efforts, I have reinforced Rikash with two of the Emperor's finest aces in Valen Rudor and Cienna Ree. After consultation with the good commander, we decided to alter our approach after seeing what the Rebels were bringing to the fight. I decommissioned his TIE Fighter Squadron and the Reserve Hangars and instead used the funding for two sets of Disposable Capacitors for his Raider Corvettes. To help him adjust for his errors, Commander Brobafett was given an upgraded fleet communication system, allowing him to better concentrate his firepower on his targets (Intensity Firepower fleet command upgrade). Finally, the disappointing Commander Alzer was assigned Captain Brunson, who is detailed with keeping a close eye on the Commander. Hopefully her influence will provide the proper motivation. I elected for only a modest improvement to my flagship, adding an Expert Shield Tech to the bridge crew.

Intelligence indicates that the infamous Counselor "Biggs," if that is his real name, has equipped his own MC80A flagship with some kind of experimental targeting system (Home One title upgrage). Meanwhile the pirate captain Madaghmire has strapped a set of External Racks on each of his fleet's Hammerheads. Who knows how many civilians he intends to kill with such crude weaponry? Two officers have joined Commander Nasmyth, reported a nondescript Veteran Captain as well as the infamous ion cannon expert Toryn Farr. Lastly, the so-called freedom fighter Formynder added Rogue Squadron to his rabble of a fleet.

As resources are just starting to flow into the sector, there was no word of any new bases being constructed before I sent our forces back into the fray. I assigned Commander Rikash to quell the ongoing uprising on Ryloth. Upon arrival he once again discovered himself facing Madaghmire. We then received reports from loyalists on Bespin that a Rebel fleet was entering their system. When Commander Alzer arrived in system, he recognized Formyder's MC80 Battle Cruiser. Finally, after pleading for redemption, I allowed Commader Brobafett to corrected his error over Mandalore by bringing the system into the fold, this time by force. Apparently Commander Nasmyth had not even left the system, and had even rallied some of the locals to his fleet temporarily. 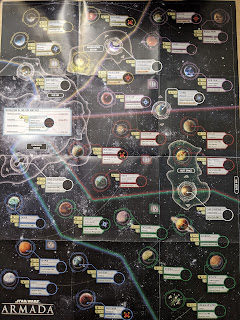 That's all for now folks. I'll leave you with the above quick snapshot of the campaign map. If you haven't already, take a moment to grab tickets for our live show. We may have a surprise treat in store. Shmitty and I are working hard on something, but we're not yet positive it will be ready in time. I know we're really excited for GENCON, so I hope we'll see your there!


Incoming Transmission From: Truthiness at 16:32 2 comments:
Email ThisBlogThis!Share to TwitterShare to FacebookShare to Pinterest

Hey everyone! My blogging sabbatical for grad school is finally over. My thesis is done and accepted, so I finally have the time to return to blogging full time. OK, so really just part time, but still more than the last 12 months! For my first trick series of articles, I'll be chronicling our first attempt at Biggs's "Grand Moff" Rebellion in the Rim variant. As with all things here on Steel Strategy, we'll do so with our usual love for cutthroat friendly rivalry between writers. It's just me and Biggs. Oh, right and the other six players. In any case, we all know Biggs doesn't stand a chance. Still, let's at least humor him. 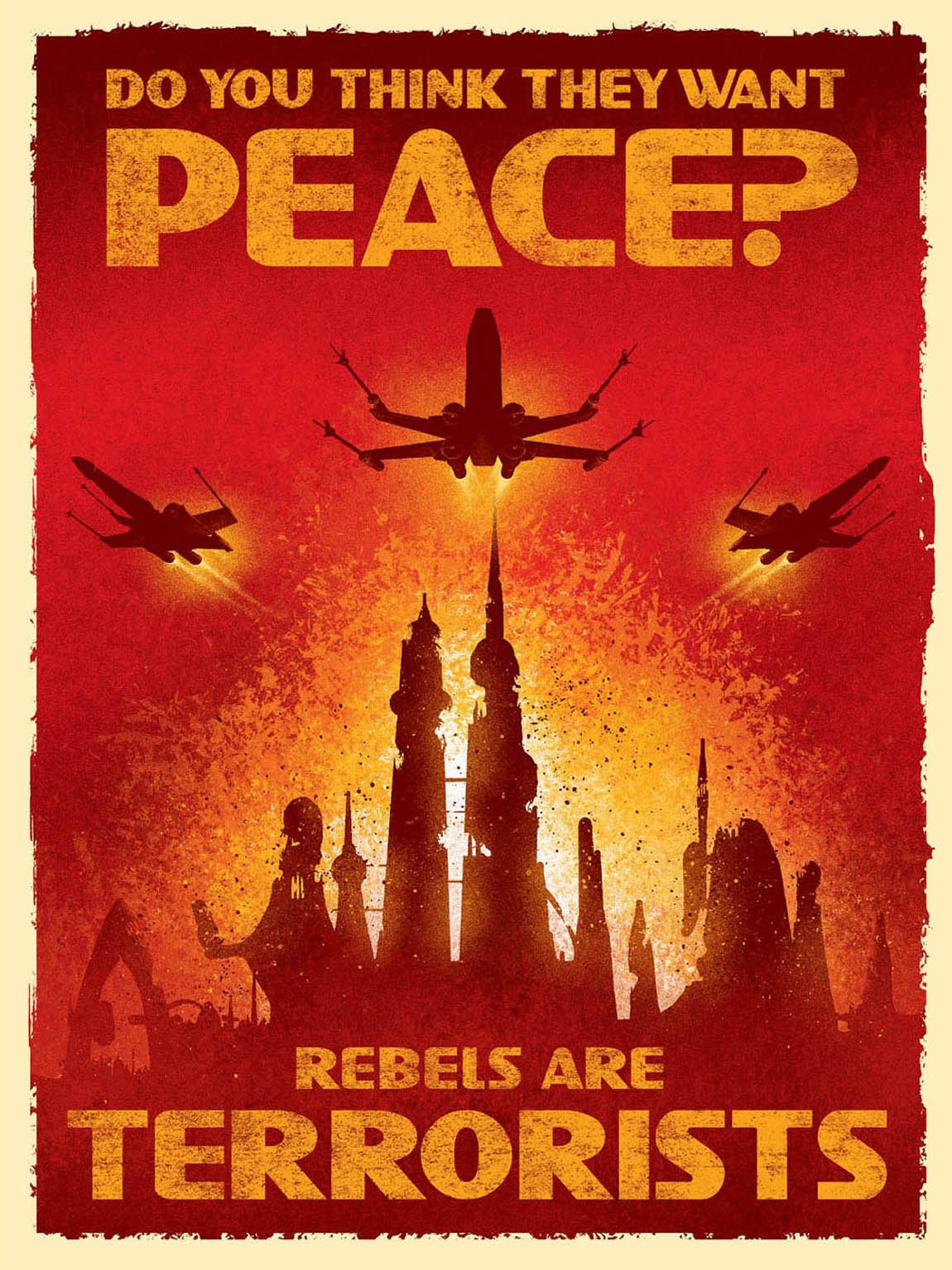 Biggs is taking on the Rebel side of things. Joining Biggs will be Jamie Nasmyth, Formynder, and Madaghmire. Jamie has opted for an MC80 Assault Cruiser as his flagship, starting Electronic Countermeasures. He also has a flotilla of GR-75 Medium Transports rocking a Comms Net. Along for the ride are Shara and Tycho for squadron cover. His starting commander ability is Master Navigator I. Madaghmire is opting for the suicidal MSU route with three Hammerhead Torpedo Frigates, each with Task Force Antilles. He also has a small Mustache Ride for squadron cover: he has Biggs, Jan, 2 X-Wings, and a YT-2400. As you might expect, his starting ability is Master Coordinator I, which I suspect he intends to upgrade to make his Hammerheads pocket carriers. I've seen such a RitR tactic work well for Imperial Raiders, so I expect this fleet to become more potent than a first glance might offer. If you can manage to get veteran status on the Hammerheads, they can use the free tokens to command two squadrons a piece while also executing their native command dial. It's also a great spot for Veteran Captain of all things. Formynder, always the lover of Liberty, is starting out with an MC80 Battle Cruiser with Engine Techs. Unsurprisingly, his commander has Master Navigator I. Ketsu, Landa, and 2 YT-2400s are providing squadron support. Biggs rounds this all out with another MC80 Assault Cruiser for his GM flagship with Master Gunner I for his commander ability. As per the GM RitR rules we've published, it has no starting upgrades, but comes with veteran status.

I'm taking charge of the Imperial side. Assisting me in crushing terrorism and restoring order to the galaxy are Rikash, Brobafett, and Alzer. My minions were given latitude to select their starting fleets as they see fit, and they have not disappointed me (yet). Rikash is bringing an Arquitens Light Cruiser with Linked Turbolaser Towers as his flagship, the commander of which has Master Gunner I. He also has a Raider II with Heavy Ion Emplacements, a Raider I with Ordnance Experts, and a Gozanti Cruiser with Reserve Hangar Decks. For now, his only squadron cover is a single squadron of TIE Fighters. Broba Fett has opted for a ISD Cymon with Quad Turbolaser Cannons and two supporting Gozanti Cruiser flotillas. His squadron support is oriented toward enabling his Cymoon, bringing along Jonus and Tempest Squadron. His commander has the Master Gunner I ability. Alzer is bringing an Gladiator II for his flagship equipped with Assault Concussion Missiles. He has also taken an Arquitens Command Cruiser with Linked Turbolaser Towers. He has the largest squadron compliment on the Imperial side, bringing Morna, a generic Decimator, and 2 TIE Fighter squadrons. To help the Decimators get out there faster, Alzer has Rapid Deployment for his starting commander ability. Finally, I have an ISD-II for my chariot. Since we have an overall ship-heavy approach, I've gone with Master Navigator I for my starting ability, with full intention to upgrade it at least to the second tier.

Biggs and I set our starting locations and launched our first assaults last night. Imperial bases are Mygeeto, Sullust, and Atallon. Rebels are dug in on Montross, Dathomir, and Mustafar. Madaghamire launched a terrorist raid on Lothal. Rikash was dispatched to quell the nuisance. Brobafett, meanwhile, has been assigned to bring his kin on Mandalore into the fold. We have received word that Jamie has some kind of pathetic assassination plot in the works, which will most assuredly be foiled. Finally, intelligence indicates Formynder is marauding the planet Felucia, so Alzer has been dispatched to investigate.

That's all for now folks! I'll be taking a nap reviewing reports while my underlings deal with these rebel scum. Be sure to check in regularly to see the progress of our campaign and updates to our GM RitR format. We already noticed we forgot to address squadron rewards for the Grand Moff. We never intended for the Moffs to be able to take squadrons, so we're debating our options. One option is allowing the GM being able to bank the squadrons to use for later upgrades but not allowed to "equip" them to their fleet for actual use. The second option is just forbidding the GM from taking a squadron reward at all and forcing it to be distributed to their commanders.
Incoming Transmission From: Truthiness at 11:43 2 comments:
Email ThisBlogThis!Share to TwitterShare to FacebookShare to Pinterest

ReyLo in the Rim 5 - A Good Day To Play Hard

Let's go through a simple turn.  Like most things in Armada, turn order is important, and we'll see that come into play especially in the Management Phase.

There will be a turn going on in italics that you can follow along with as we go through the steps. 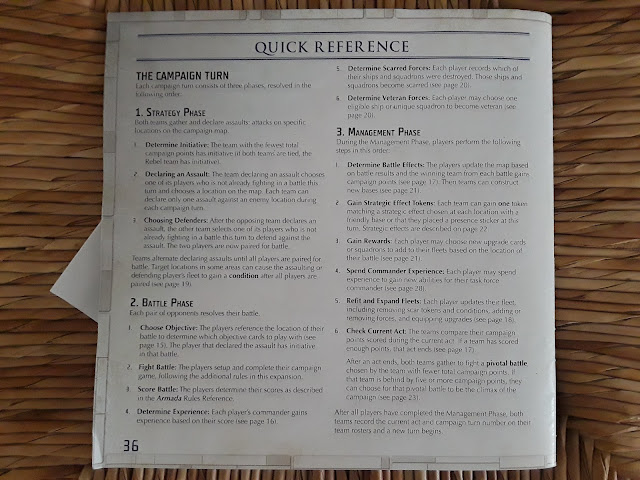 Click here to download the PDF
Incoming Transmission From: Biggs at 13:13 No comments:
Email ThisBlogThis!Share to TwitterShare to FacebookShare to Pinterest
Labels: Rebellion in the Rim

ReyLo in the Rim 4 - And the Goblet of Fire

A repost of Geek's post over at Cannot Get Your Ship Out:

We return, after my week of vacation, to RitR and picking planets to populate for your plans
Read more »
Incoming Transmission From: Biggs at 19:43 No comments:
Email ThisBlogThis!Share to TwitterShare to FacebookShare to Pinterest
Labels: geek19, Rebellion in the Rim, Star Wars Armada, Strategy

Welcome back to ReyLo in the Rim, where Geek, my Rey Palpatine, cooperates with me, the Ben Skywalker of his dreams.  Speaking of cooperation, we're going to look at how to be a good teammate in Rebellion in the Rim. 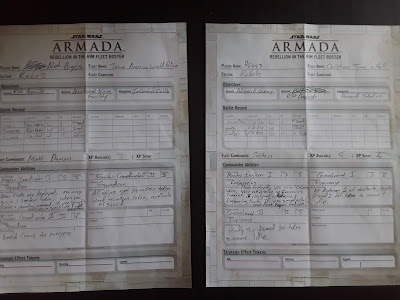 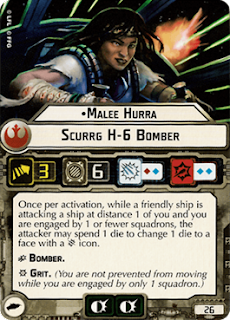 Link to the Podcast

Got a call from an old friend he’d used to play Aceholes
Said he couldn’t keep up the Canadian way
Cut the squads, grabbed Sato, brought a bunch of real coasters
Now he gives them the janky routine in PA...