It has come to my attention that some of the Commander's Guides are very, very old.  Like, two and a half years old, and written when all we had were Wave 1 upgrades to play around with.  That's... ineffective in this day and age from the perspective of a new player.  What good are you going to get out of me telling you that "Officers for the VSD start with Admiral Chiraneau..."

So, while we wait for Wave 7 to be officially released, let's update some of the Wave 1 (and maybe Wave 2!) Commander's Guides, starting today with the VSD. 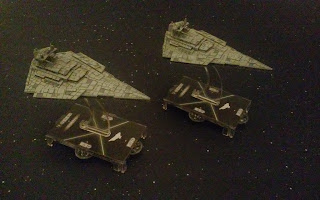 Best Use for Each Ship - Rebels

Some recent forum posts in the FFG community were discussing some of the lesser used ships and variants and what role they can play in a fleet.  That really got me thinking about how much the game has evolved over the last couple of years.  As of Wave 7 there are 10 different Rebel ships with 20 total variants.  Very few of them really stand out as being good in any situation, but I do think all of them can work in specialized roles.

As the oldest, and therefore wisest, of the bloggers on this site I will do my best to figure out the best use of each of the Rebel ship variants.  I know this is at best a subjective opinion, so feel free to disagree with me.  I'm sure Biggs and Truthiness will too.

And remember, we are talking about the BEST use, not the only use.

In Their Own Words:

JJs Juggernaut:  You know who I am...

Viktor Tanek:  Placed 19th at 2017 North American championship, 7th at Michigan regionals, 4th at one of the store championships in Detroit. I play in the metro Detroit area.

Tgall:  Always a bridesmaid but never a bride as they say. 2nd after 2 rounds at the Fargo Armada regional this year, then I ran into JJ. 2nd at the 2017 Renegade open Armada tournament. 2nd at one of AdeptiCon's Armada tournaments last year. 2nd at the Gamez and More Armada Store Championship.

Karneck:  I've placed in a few store tournaments in Top 4, only just recently placed 1st in a store tournament in Portland, OR. I mainly play on Vassal as driving to Portland or elsewhere is 3 hours or more in travel time.  I've not played in any other World Cups.

POD 2 is a beastly POD for anyone to wind up in.  There's a reason JJs typed "you know who I am", because if you spend any time with the game, you know who he is.  World Champion in 2016, World Cup Champion in 2017, designer of Thrawn, and all around good guy.  Tgall will be looking for revenge against JJs from their regional matchup, and his first overall win, but he's got what it takes to make the elimination round.  He says he never wins anything, but was our Fleet Patrol winner of 2017!  Viktor Tanek has some quality finishes under his belt as well, and mulligan'd his way into the mix.  Karneck is the wild card in the race, not having pre-qualified in any way.

JJs' list is something he changed to at the last minute, and it showed in his early loss to Karneck.  His plan for the list is to drop a ton of damage on a specific target, using a combination of a External Racks Profundity and an External Racks Hammerhead hiding inside, with Admonition acting as a separate threat.  Raddus means that one of them is going to come out somewhere unexpected.  In order to do so, he had to sacrifice deployments, and that means low squadron count.  With only 2 VCX's and the Tycho/Shara two headed dragon, he's looking not so much to win the squadron game as to delay it for getting rolling, or trade more than he loses.  His bid of 386 is the highest of the POD though, and that gives him the advantage of going first with his aggressive list.  He may have some trouble against Viktor Tanek, if he didn't learn his lessons from Karneck.

Viktor Tanek, speaking of which, is bringing a Sloane Aces list.  8 squadrons, all named, is a lot of defense tokens to chew through (and Saber!)  It certainly has the punch to chew through JJ's squadron cover, and it will be interesting to see who comes out on top against the VT-49s of Tgall and balanced generic / uniques of Karneck.  For ships, it boasts an ISD1 with Avenger / Boarding Troops, which is less effective without first player, but a scare for anyone getting too close.  This is the only combat ship, however, and if it doesn't get into close range it is 100% his fighters that have to carry the day.  And with a 399 bid it is unlikely he is seeing First Player.  His worst matchup is probably JJs, who has First Player, practice against a similar list, and doesn't want to lose again.

Tgall seems to have the KISS method for fleet building.  Two Gladiators, 5 activations, 8 deployments, and a simple grouping of high health squadrons.  His 391 bid is the second best of the group, only behind JJs.  If he can make good runs with his Gladiators he has a good deal of damage on the table, and to that end he out activates and out bids Viktor and Karneck, but his squadrons may not hold up against Viktor's Aces, who VT-49's struggle with.  Viktor will be a problem, and JJs does outbid him.

Karneck is sitting in the driver's seat now, having won an early game against JJs.  His list is another Sloane list, this time running a balance of Generics and Aces.  For combat ships, his big one is the flagship, a VSDII with a sniper setup of Disposable Capacitors, Warlord, H9 Turbolasers (the poor man's TRC combo) and Leading Shots.  His game against Viktor Tanek might be tricky, as Viktor is running a similar list and outguns him up close.  Tgall has an advantage in that his VT-49's eat generics, so his Black Squadrons and TIE Interceptors could vanish really, really quickly.

If the JJs / Karneck game wasn't played, I'm not sure what I would have done with this, but I know JJs would have been #1.  Never discount the reigning champ.  With Karneck's win though, this is his POD to lose.  If he can play well and hang on, he could be the one we see advance.  JJs is certainly not out of it though.

Like Biggs, I never would have picked anyone but JJ had the first game not already turned out the way it did. On paper he should have been able to swoop in with Profundity and the Hammerhead and gut Karneck's fleet with the Raddus bomb. It just goes to show that it's harder to pull off than one might think. He has some similarly juicy targets available against Tgall and Viktor, so we'll see if JJ can get a hang of this fleet of his. I'm never one to count him out. 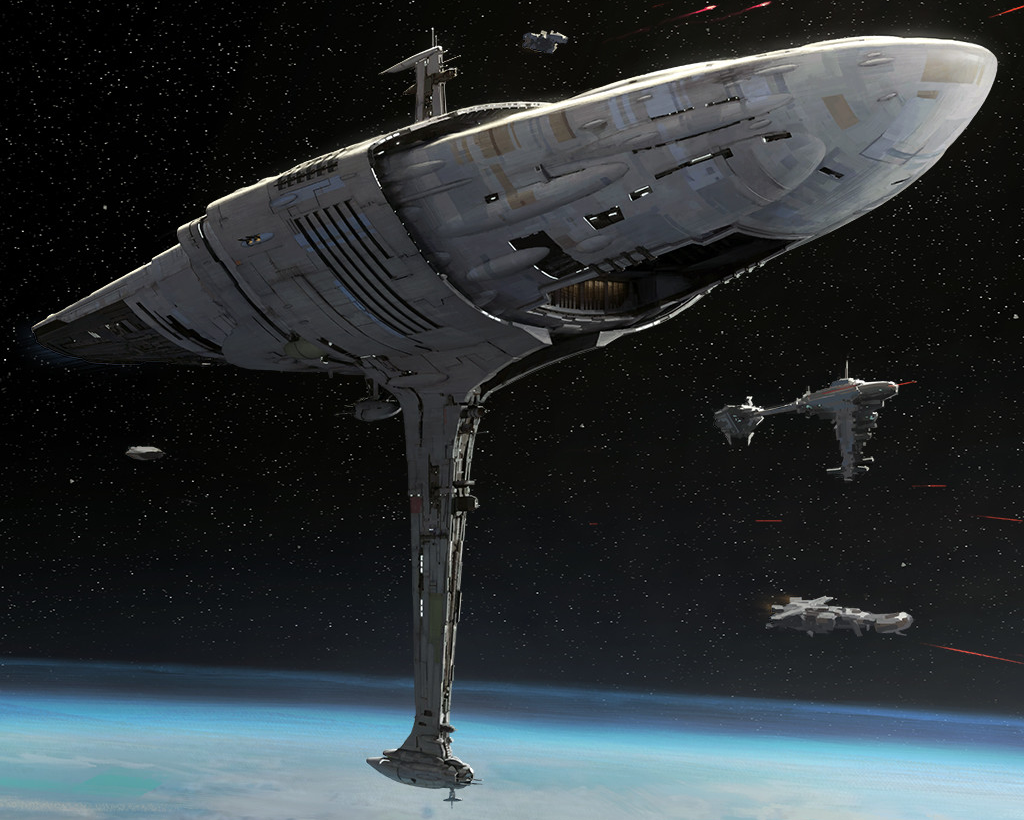 The next wave is here and I'm in the credits! I'm talking insider perspective on wave 7 aka Wave Heaven today!

Read more »
Incoming Transmission From: Truthiness at 08:09 4 comments:
Email ThisBlogThis!Share to TwitterShare to FacebookShare to Pinterest

This is our first preview of the 2018 Armada Vassal World Cup.  Click here to head to the home page for the tournament!

Here is the link to the POD#1 Lists.

Analysis is after the break.

I was going to preview POD#1 first, but there's always one POD that is really excited to be playing Armada, and this year it looks like it is POD#8, so let's get them out of the way first.

Click here to head to the home page for the tournament!

Here's the POD#8 Lists.  Analysis after the page break. 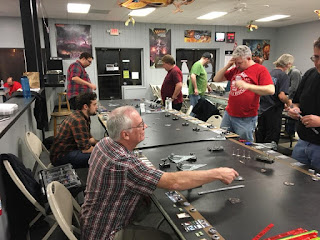 Why did I do this to myself?  Why did I tell myself that this would be a good idea.  It isn't.  It was a horrible plan.  I could have made something janky that could still have worked, but I didn't.  Instead I put 2 Interdictors in a list together.

Audience Participation - Screed and the ISB

I came up with this list last night.  Thank you GiledPallaeon for providing the janky restriction, and Formynder4 for adding Isard into the mix.  Without further ado, I give you...

Screed and the Imperial Security Bureau 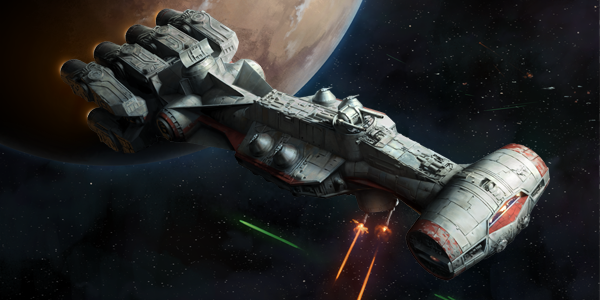 I got to a tournament for the first time in a while. Bel Air Games was having their monthly store tournament, and it finally lined up with my schedule. I had heard it was a good sized crowd up there. Still, I was pleasantly surprised to find 14 people show up! Even more heartening was the fact that we had a considerable number of newer folks.