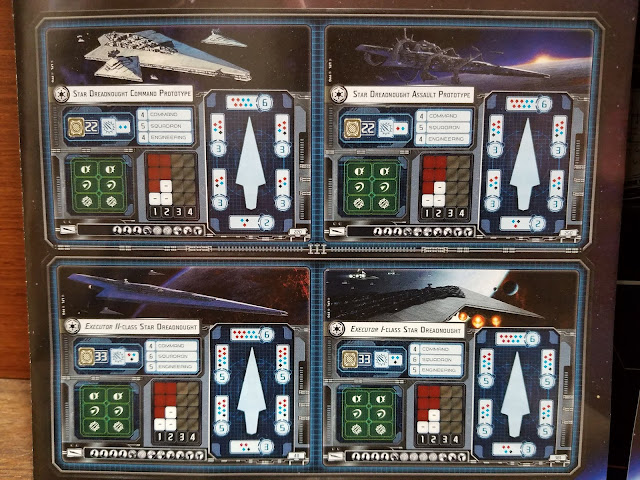 Something big is indeed coming.  And finally some news for Armada fans.  We can divide these reveals into "Playable" and "Not Playable".

The "Cheapest" at just 220 points.  For comparison, 2 ISD - II's are 240 points, and give comparable hull (and slightly more total shields).  Also worth comparing:  4 Engineering - this thing won't be able to just tank whatever is thrown its way.  Plus 4 Command means its ability to react is going to be non-existent.  5 Squadron is good, but if that's why you are taking it, the Quasar does that too, for a lot cheaper.

No, the reason you are taking this thing is that it is 22 hull with double Brace, double Redirect, and double Contain tokens.  Plus you have officers (and other upgrades) for days.

Two Fleet Commands give you Intensify Firepower! and probably Shields to Maximum! to help you tank the shots that are sure to come your way.  Plenty of points left to give yourself a Gozanti with Comms Net as a tender.

Is there any reason why the Weapons Team shouldn't be a Gunnery Team?

The three officers are an interesting conundrum.  The first thought is go triple defensive.  That would give you:  Brunson, Needa, Damage Control Officer.  Double contains really want DCO, and Brunson is probably going to be near some rocks with the size of that thing.  Needa almost doesn't fit, as you'd probably drop a contain for that evade, so you're going one or the other.

Other thoughts are to swap in Support Officer.  Boom, you can react to anything!  Intel Officer is always a good pick when you don't have to compete for another officer slot.  Maybe an Engineering Captain so you can tank up when you're sure no more navigates will get you anywhere better than where you are?

What about Tua?  As she is written, if the ship had a Defensive Retrofit, she could go on to give it two (it's not a medium or a large base ship after all!)  So as it is, she's the only way to give your SSD a single Defensive Retrofit, which would certainly be Electronic Countermeasures or Advanced Projectors.  If you don't see WHY you'd want ECM on a ship with 22 hull and 2 Brace tokens, I don't know what to say.  So unless there is some major chance there, you might as well staple those two cards to the SSD.  Being able to ignore the first 3 accuracy results in an attack is bonkers.

But perhaps not quite as bonkers as redirecting 17 points of damage onto shields.  And unless EVERY enemy ship commits to XI7s, you're going to either be redirecting a lot of shields, or bracing, or BOTH.

250 points (30 more than the Command) gets you 1 Red die in the front, 1 Blue in the fore and aft sides.  Plus the rare Red anti-squadron.

Upgrades give you double Turbolasers, double Ordnance, and DOUBLE IONS!  So, go ahead and take an Ion Crit (like Heavy Ion Emplacements) and Leading Shots.  This is the only ship that has 2 Ions after all.

Kallus wants to be on this ship, with Gunnery Team and that Red anti-squadron die.

I feel like by now we all know the best Double Turbolasers and Double Ordnance combos.

381 and 411 means these won't be seeing a tournament table any day soon.  After all, 381 is JUUUUUST too expensive to run with the cheapest commander and be 400 points.  Well played FFG.  We can look at them in more detail later, once we figure out what they're supposed to be used for. 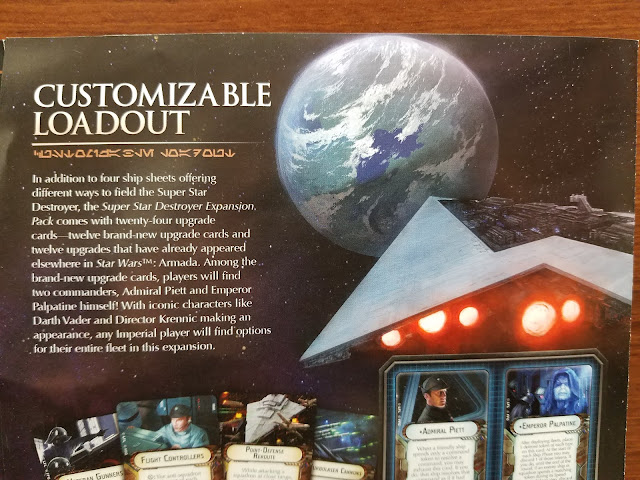 Officer Cards -
Ozzel - 2 points - At the start of the First Round, you may execute a speed 1 Maneuver.
Vader - 1 point - While a friendly ship at distance 1-5 is attacking a ship, it may discard 1 of its Commander or Officer upgrade cards (other than Darth Vader) to reroll any number of dice in its attack pool.

Obvious synergy between the two cards aside, Vader - Officer gives you a very flexible way to generate rerolls.  Great for a Red dice ship that doesn't have a lot of good ways to do this.  It also looks like there is no limit in the turn aside from bodies to chuck into an airlock, so Vader can keep handing out rerolls as long as you keep attacking.

Admiral Piett - Unknown Cost - When a friendly ship spends only a command token to resolve a command, you may exhaust this card. If you do, that ship resolves a command as if it had spent a dial of the same type instead.

Pretty good for the SSD, but decent as well on an Interdictor!


**Edits**
We got some more cards since I originally posted and fixed an oopsie of mine up above. Here's all the images that popped up in Crabbok's video for reference: 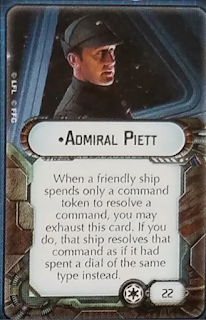 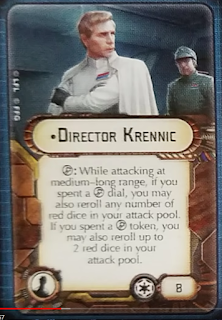 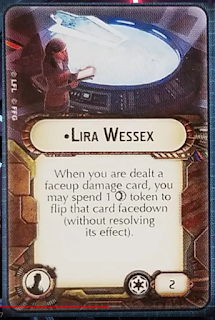 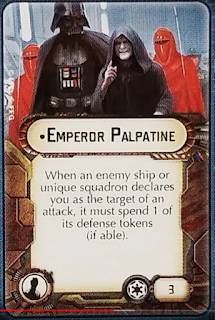 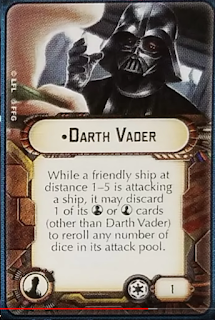 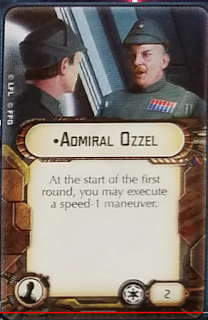 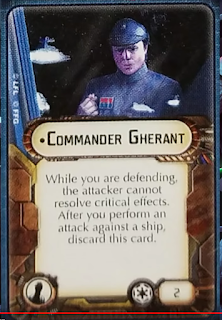 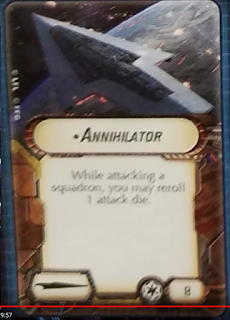 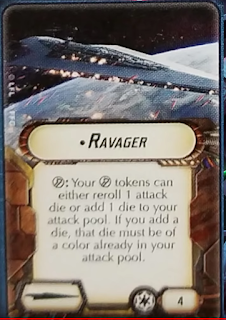 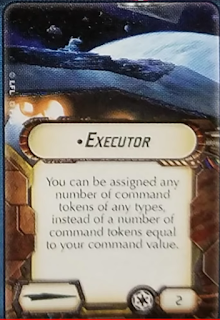 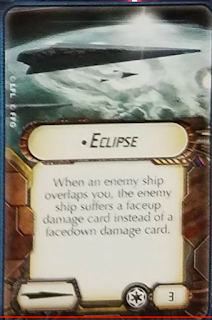 There is a lot more to talk about, so expect to hear more from us once we have time to stop and consider everything.
Incoming Transmission From: Biggs at 08:00
Email ThisBlogThis!Share to TwitterShare to FacebookShare to Pinterest
Labels: Admiral Piett, spoilers, Star Wars Armada, Strategy, Super Star Destroyer