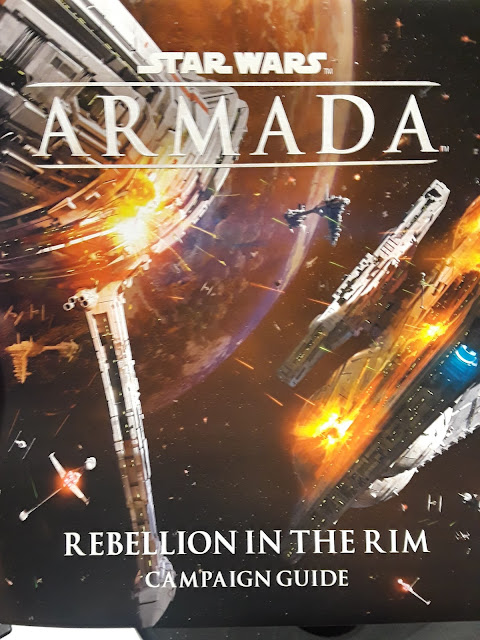 With the new Rebellion in the Rim coming out, what should you build your 200 point list out of?  We'll be discussing commanders, and end goals for your ship upgrades later, but right now lets look at each Imperial ship and see what early upgrades you should be looking at while building your list. 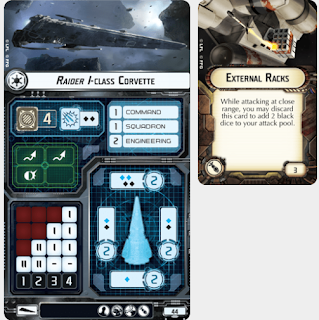 
At 200 points, a Raider I is about 1/4 of your list, giving you room to take a big ship like the ISD, or a medium size ship and something else.  The Raider I is looking to get close to the enemy and unload Black dice, or act as area denial for squadrons with its 2 Black flak.  With this in mind, the hands down best upgrade would be External Racks.  At 3 points, you won't feel completely terrible upgrading it to Assault Concussion Missiles on a win or Assault Proton Torpedoes on a loss, and you can always pass it off to another ordnance using ship, of which the Imperials have plenty.  You can also use it (and some squadrons) to pay for a better upgrade.

Another option is to take Ordnance Expert, which is really the only Weapons Team you should ever even consider on a Raider I to begin with.  No need to worry about the potential of replacing this upgrade.

Is there really a question here?  Of course you're going to take Disposable Capacitors.  Add range to your Raider early!

If you're feeling saucy, you can always take a cheap Ion Cannon to cash in for the Ion Cannon you really actually want later. 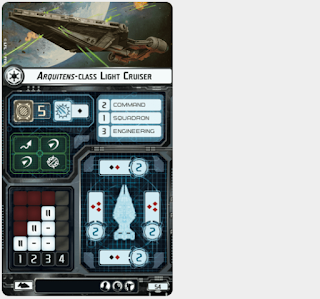 Not gonna sugar-coat this, you might just want to leave this guy naked.  Hunt down some turbolasers on your first turn if you don't have something more pressing to get.

Alternatively, just take a Turbolaser.  Dual Turbolaser Turrets are a pretty good option for the ship, as are Slaved Turrets.

Expert Shield Tech might a really good pickup, but it is pricey for a starter upgrade.  That being said, a lot of officer locations are 8/4, meaning it might not be viable for you to take.

The same things apply to the Command Cruiser, but you have the option of grabbing a Medical Team for a 1 point "meh, it's something" upgrade fill.

Guess who we know is attacking one of Dathomir, Kessel, or Mon Cala (or putting a base there) on Turn 1?  Your goal is to get Demolisher on this thing, and Demolisher wants rerolls.  Ordnance Experts are your big winner here.  Alternatively, you could go External Racks like the Raider I.

Comms Nets.  I mean, that's why you took this thing, right?

Probably External Racks again.  It's just really a quality, inexpensive card that lets you spend more of your points on ships and squadrons. 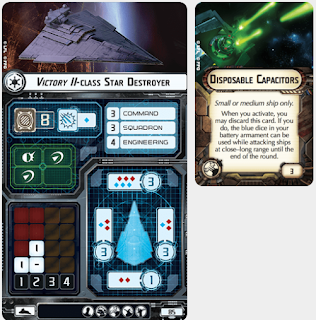 Reach out and touch something with Disposable Capacitors.  Not a lot of safe places on a 3'x3' map when the VSD is chucking 6 dice at long range.  There really isn't a better answer for this in Round 1, but there's certainly some upgrades your VSD will want to invest in after.

This one is easy, pick whatever thing you have 2 of and take one upgrade of that type.  Quasar I-Class wants an Offensive Retrofit, and the II-Class wants a Weapons Team.

Targeting Scrambler.  Only way to get it otherwise is to win a battle at Raxus Prime or Endor, or cashing in a different refit / 8 more points of squadrons or upgrades.  You want the scrambler. 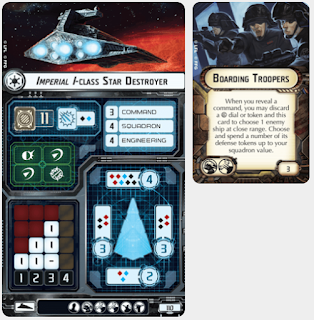 Boarding Troopers.  Depending on how you read the rules, you might just not be able to buy them period.  Alternatively, you might be able to get them from either Weapons Teams or Offensive Retrofit sites, and if so Leading Shots is probably a better answer.  Go chase down that Avenger title. 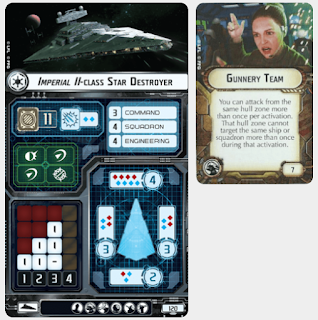 Your choice is Gunnery Team, which supercharges your front arc, or Electronic Countermeasures which in a 200 point game might as well make your ISD invincible.  Either one is a good choice.  The other one you are going to want to track down in your first game.

Electronic Countermeasures, hands down.  Everything else can wait, make yourself nearly impossible to kill.

Take your favorite Turbolaser.  Linked Turbolaser Towers is probably the best one for the Cymoon right now, as it isn't a modification so you won't feel too bad if you play a turbolaser match and lose.

Alternatively pick a Fleet Command if you're dead set on getting it into the game, because there's only one site that lets you take them, and only on a win (or an under-strength loss) as it's an 8/4 site.

That's our overview of the Imperial ships.  We'll be looking at the Rebel ships and their starting upgrades in a later article.  Stay tuned!
Incoming Transmission From: Biggs at 00:52
Email ThisBlogThis!Share to TwitterShare to FacebookShare to Pinterest
Labels: Imperials, List Building, Rebellion in the Rim, Star Wars Armada