When I first suggested that I play Armada with my Girlfriend, who is choosing to go by "Howlrunner", she was initially... concerned.  She never really enjoyed playing X-Wing or Armada with me.  But she's been a player in all of our boardgame nights with mutual friends, playing a variety of games.  She's just started up a blog of her own at Casual Flyday so check it out!

I asked her, as my "other half" for not only one, but two games of Rebellion, what she thought, and she decided she would write up a review as well.  So without further ado...

“Casual” gaming is sometimes confused with gaming set on “easy mode”. While I rarely play in tournaments, I do enjoy playing games with more strategy and finer mechanics. Meta-gaming doesn’t always hold my interest, but I can appreciate a system that continuously blends its engineering with its atmosphere. Yes, I fly casually, but I also enjoy the long hours spent playing games like Twilight Imperium. Actually, part of why I recommend Rebellion is because of how much similar it is to Twilight Imperium. It’s a universe that changes throughout the game and each player is given a pretty hard winning condition to meet. Anyone who regularly plays games like X-Wing Miniatures or Armada will like Rebellion, but it can pose as an interesting experience for anyone who enjoy the Star Wars series. I want to talk about this game from the perspective of a casual player – not only get other casual players to try this game, but to encourage more veteran players to challenge their counterparts with more complex gameplay.

For those who don’t already know, Star Wars: Rebellion is a strategy-based board game designed for two to four player. As with most games set in the Star Wars universe, players can chose between Imperial and Rebel units. Imperials win by occupying or destroying the Rebel base, and Rebels win by stalling for time before the Empire can meet their winning conditions. Ground and space combat in the game is executed with miniatures, featuring iconic X-Wings, Stormtroopers, and a Death Star. The set up outside the board is pretty much mirrored on both teams. Each side is given mission cards (think of them as standard moves you can play each round or one-time-use moves drawn throughout the game), action cards (moves played at opportune moments), and leader icons (these are on plastic stands and are used to move units, complete missions, and to oppose the other teams missions). Each side also has a special deck used for achieving certain goals. The Empire has a “project deck”, which allows players to build ships more rapidly and to construct a supplementary Death Star to the one they are given at the start of the game. The Rebels have an “objective deck” that directly affects the Rebels winning condition. On the right side of the board is a time tracker; the token at the bottom moves upward every time a new round starts. The Rebels have a token at the top of the tracker that moves down every time an objective is completed. Victory is achieved when the Rebel token meets the time tracker token, but that is the only way the Rebels can win.

Setting the board at the start of the game gives the impression that the Rebels are at a huge disadvantage. Not only does the Empire start with more space and ground units, but they are given more territory. The objective deck can work against Rebel players as well. In my game against Biggs, the first objective I drew was to deal three health damage to Imperial ground units in a combat that I initiate. Considering I was at least five systems away from any Imperial units and had no army to speak of – I wasn’t about to move my token anytime soon. Oh, and a quick note about the importance of time. Each round, the Empire gets two probe cards depicting systems on the board. Six cards are missing from this deck: the five starting systems of the Imperial team and the system chosen for the Rebel base. This means that the odds of the Empire winning increase as time goes on, regardless of the team’s success in other endeavors. Now that I think about it, the game play is a lot like Twilight Imperium crossed with Guess Who: comparing it to the Rebels’ starting set up, you have to stay on Mecetal Rex the entire round – unopposed – and your character is Anne. 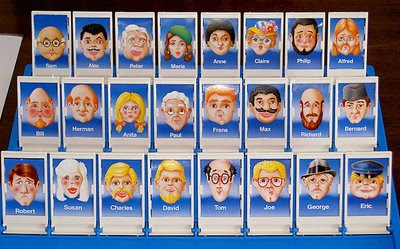 From a casual player’s perspective, playing as the Rebels seems to be a fruitless cause. If you’re not used to intricate mechanics or challenging game play, the whole fight seems one-sided. But it’s not. Yes, the Imperials have an advantage at the beginning of the game, but their design can lead to their downfall. Take, for example, the concept of loyalty: Rebels do not have to occupy a system to make it loyal. In order to make a systems loyal, the Empire must first occupy a system to subjugate it. They must spend missions to make these system loyal and upon leaving subjugated systems, they lose any benefits of occupation. Loyalty plays a role not only for objectives, but for resources. Certain systems allow players to build more units than others and loyalty gives players access to all resources. Subjugated systems are only given the first listed resource, meaning that over the course of the game the Empire has to decide if they want resources for more units or if they want to spend time on other missions. Remember that pesky objective from before, about starting a fight with the Imperials? Because Biggs didn’t make all of his systems loyal, I eventually gained more units than him, did that three health damage to his ground units, and moved that token down the tracker. Admittedly I ended up losing that game, but for that moment – and a few others – it was hard not to get excited about messing with the Empire.

Another way the game evens the playing field is how many random factors influence the course of the game. Setting up is never the same on or off the board. Your units can be evenly spread out, too close together, or too far apart. Your mission deck can be shuffled in such a way that gives you unplayable moves. Imperials can have all three project cards saying the Death Star can blow up planets, drawn after the first Death Star was destroyed and before the construction of the second one. Likewise, Rebels can have their “Death Star Plans” objective shoved to the bottom of their deck, just before the Imperials decide to blow up a system they correctly assume is your base (this happened the second game against Biggs, playing this time as the Imperials). Casual players may be overwhelmed at first by the disparity between luck and skill, but it makes for an interesting exercise in improvisation. Playing with friends or familiar faces at the local game store adds to this excitement. You can bluff about knowing where the Rebel base is, or mock your opponents as they destroy the system nowhere close to your hideout. The game asks players to be creative, and even though you may not win you can still have fun accepting that challenge.

Out of all the FFG Star Wars-based games, Rebellion captures the Star Wars atmosphere the best. The Empire is expansive and repressive; the Rebels are outnumbered but are fighting anyway; and the odds are seemingly in the Empire’s favor but can be foiled by sheer dumb luck. Anyone who is a fan of series will appreciate this game’s design, and casual players can have fun without feeling pressured to play competitively or regularly. If you approach this game with the narrow-minded goal of winning, you will not have fun. This a game best approached with the same mentality of seeing a Star Wars movie: you’re in it for the experience, not just the outcome.

I would like to thank Biggs for letting me write a guest article. Please leave any comments or questions you have about this take on Rebellion. If you want my opinion about other games from the perspective of a casual player, ask away. Thank you for reading, and have fun playing!
Incoming Transmission From: Biggs at 18:04
Email ThisBlogThis!Share to TwitterShare to FacebookShare to Pinterest
Labels: "Howlrunner", Rebellion, Review, Strategy