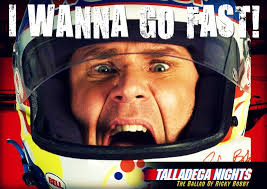 I've put Madine through his paces and I'm set to go into Regionals with an absolutely bat-shit insane list. I might crash and burn, but it's damned fun to fly!

I started my last trip of games with pick up game against Weston Schreiber, who squeaked by me at the Cardboard Games Store Championship. His 6-5 win against an earlier version of my Madine list remains the only loss I've had with it since converting over from CRambos to TRC90s with Engine Techs. This time around he was rocking a Sloane Aces lists. He had an ISD II Avenger, Demolisher, and two Gozantis with a swarm of Aces. Initiative was a coin toss, which Weston won. He took first player and selected my Capture the VIP. Needless to say, it was a very one sided squadron fight. Shara got burned down quickly and Tycho really just spent the game jumping around to block. I made the mistake of using my flagship to go after the VIP, which painted an even bigger bullseye on Madine. In addition, I was using an MC30 Scout with TRCs and an Intel Officer, which was underwhelming.

Still, I was able to stay in the fight. It took 3 squadrons to burn down Shara, and Tycho forced Weston to waste a squadron activation on Dengar each turn just to free up the rest of his squadrons. I had a Hammerhead with External Racks running shotgun with Madine. Weston had to expose his Demolisher to get the crippling blow on Madine and the Hammerhead made him pay for it. His squadrons had to move further and further from their carrier to get shots on my evasive CR90s. That let me string out the fight and whittle down his ISD. As with our previous game, this came down to the very last action of the game. Instead of a single squadron shot, though, it was a double ram from a CR90 to finish off the ISD to give me the 6-5. Despite the close score, the fact that I won even with the dead weight of the MC30 Scout hanging around my neck has me feeling pretty good for fighting against Sloane. Had I had my usual MC30 Torpedo with H9s, I would have killed both of his flotillas on turn 3 and cut his squadron command value in half. Some might see this as a waste of the MC30, but I find the tactical value to be well worth the investment.

My game against Weston was my last real experiment. I went back to the MC30 Torpedo with H9s, but kept the Hammerhead because it performed well as a blocker and counterpuncher. The extra points allowed me to gain both a moderate 5 point bid as well as Slicer Tools, which I had been coveting for some time to help against squadron lists. My two games following were straight validations without any new attempted elements. Both games, one against Jerjerrod and yet another against Sloane, were resounding successes (10-1, 9-2). As such, I feel comfortable moving past the experimentation phase. The list is done and ready for Regionals (naturally I'll change it 500 more times as I freak out):

Objectives redacted for the sake of those playing today.

Strengths
I've said it before, but it's worth repeating. This list excels at small ball. There's no one element that gives away a lot of points, nor is there a large drop off in capability if something goes down. All the ships are also incredibly frustrating to finish off. At the same time, it excels at picking up those small chunks of points from an enemy lists. I like to say no flotilla leaves alive (my own included) because part of what it does so well if attack those empty activations to gain a late game advantage. Also, believe it or not, I handle Sloane pretty well.

Weaknesses
I have difficulty approaching MC80 Death Pickles (great choice for my meta, right?). It can definitely be done, but I have to take extra care because of how wide those side arcs are and how nasty QBT+Defiance can be for my CR90s. Even a front arc at long range isn't great. I also have a hard time finishing off the big guys for that reason. Because of the nature of the list, I have to hit and fade, so delivering that killing blow to a big shop for the big win can be difficult. Going for that kill can result in dead CR90s without anything to show for it.

I was planning on keeping the final version under wraps for a bit longer, but some of my Vassal buddies may be rocking this list or close variations for their Regionals tournaments today. I can't have them taking all the credit if they win :) Just remember, if they win, it's all my doing. If they lose, then clearly they just didn't fly it right...
Incoming Transmission From: Truthiness at 10:00
Email ThisBlogThis!Share to TwitterShare to FacebookShare to Pinterest
Labels: General Madine, Regionals, Star Wars Armada