No, you're not reading anything wrong. It's really just two ships: an ISD and a Quasar. This build is the latest hotness sweeping Vassal.

It seems like at any time I log in, someone is using some version of the build. Thrawn is usually in charge of the show for the express purpose of making the build essentially slicer proof. Jerjerrod and Sloane are sometimes in charge, but the boy in blue is by far the most common. The first person I saw run the build was Brobafett using Brunson on Pursuant and Pryce on an ISD. He was followed not long after by Sam Simon, who flipped the dynamic on its head by putting Pryce on the Quasar. The builds are similar, but with slightly different strengths. Since then, the two have essentially been preaching like they've found a new gospel. And their flock has most certainly been growing.

Imperial Star Destroyer
It's an Imperial build. It has an Imperial Star Destroyer of some kind. Any questions? Until the SSD arrives, the ISD remains the biggest baddest tank of a ship around. It's the anchor point for the whole build. While the Quasar is likely to die, the ISD will endure while packing a hell of a punch of its own. Some versions bring an ISD II, others bring a Kuat. At the end of the day, you can probably take any version of the ISD, each bringing its own advantages, and the build would function in a similar fashion. The ISD is there for the durability and firepower all together in one package.

Squall
This title is huge for the build's alpha strike capability. Speed seven Defenders hitting you on turn one? Yeah, this build can do that. If the Quasar lives long enough, the title also helps ensure the bombers always have the speed to hit a target. This build does not waste turns getting squadrons into position or re-positioning. You'd often see Brunson in the officer slot, which makes the Quasar more durable than you might expect.

Governor Pryce
She's the lynch pin to the whole build. Guaranteed last activation in a turn identified at the start of the game. Her positioning is generally how the build plays. If she's on the ISD, the build will have a little less range and flexibility for its squadron wing, but has the potential for an absolutely massive last/first hit with the ISD and the squadron wing's four nastiest Aces. If she's on Pursuant, the build is going on in on squadron movement shenanigans. It can, and probably will, set Pryce for turn one, and then do the last/first combination with the squadron win to knock out a key component before the game has really even started.

Morna, Mareek, Jendon (MMJ)
Yes, some versions go without Morna. However, I've seen most versions of this build trend more and more toward her inclusion. Even Broba has started to say that Morna is probably the better way to go. This devil's three way (ooof, probably a bad choice of words...) is capable of absolutely horrific levels of damage. Put this in combination with a last/first combo that Pryce enables, it's an alpha strike that can just delete a small ship.

Strengths
The reach available to the squadrons is absolute bonkers. Against other squadron heavy fleets, you have to be prepared to absorb one hell of an alpha strike. They will absolutely try to mob you on turn one. Some versions will even go so far as to bring All Fighters Follow Me, be sure to watch out for all the combined movement abilities. I've even seen Rhymer thrown in there to everything even more reach. If you're light on squadrons, be aware of that range with your small ships. A last/first squadron alpha strike from this squadron wing will melt pretty much any small ship around. Keep your small ships out of range for at least the first turn. You can afford the losses in later turns, but you need to get at least one shot out of your small ships.

It saves a lot of points and bloat by trimming down to just two ships. I've long harped on activation number vs. activation power. This build brings the best of both worlds. It packs the most it can into its activations. Pursuant is able to push squads out at incredible distances. The ISD can pack a nasty squadron attack with its fearsome front armament. Thanks to Pryce, the build doesn't sacrifice activation count. In fact, it is the ultimate trump card in that regard. You brought Strategic Adviser? How cute. Enjoy your wasted points and officer slot. Pryce will beat whatever your activation count is. And you know what's worse than a Squall alpha strike or an ISD getting the best positioning it can? Having them hit you again at the top the next turn. This build is highly likely to be able to do so as well. By reducing the bloat, it saves a lot of points for a bid. 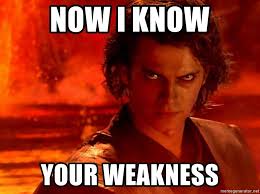 Weaknesses
It's only two ships, so it's naturally going to be vulnerable to tabling. That weakness is not as bad as you might think. ISDs are tough ships to bring down. Plus, the alpha strike capabilities of the fleet make it hard to bring enough firepower to bear. Target priority is also a big choice. Do you attack the Quasar, or the ISD? I'm of the opinion of taking down the Quasar first. Squall is a huge part of the list's flexibility and you can gut half the list's squadron command capability by burning it down quickly. Others advocate taking down the ISD first because it is just almost as big of a part of the squadron game as the Quasar, has a lot more guns, and is going to take longer to bring down. Other people are wrong. Kill the Quasar by the end of turn two (three at the absolute max) if you want to live.

The list is also going to lose the deployment game almost every time. The best users of this archetype already know that and have a plan, but it's still something you can, and should, try to exploit. The Quasar or the ISD have to deploy first. If the Quasar goes down first, you can easily place to attack it quickly. If the ISD goes down first, you can either avoid it or make a trap for it. And while this list's threat range is majorly dangerous to small ships, you'll almost certainly be able to react to the squadron deployment and keep your small ships out of that turn one alpha strike range. You just have to be careful.