Commander Dave brings a 3 ship imperial list and the only remaining Screed into the Elimination Round.  With 3 activations and 6 deployments, he isn't interested in gaming anything.  On the other hand what he has brought is an all around fleet that is very difficult to drop.  The Brunson / Targeting Scrambler Interdictor is very, very difficult to bring down without some kind of fighter support chipping attacks into it - in fact it excels at close range brawls with big dice ships, and Heavy Ion Emplacements / Screed melts shields off big targets like nothing else.

To protect it from fighters, and to do a bit of damage on its own, it packs a generalist fighter compliment.  There is the standard Maarek / Morna / Jendon (MMJ) as well as Ciena to hold down problem squadrons and Boba Fett and a Firespray to add anti-shipping.  Really anything but Ciena is dual use, at least passable at anti-ship / anti-fighter, which means a lot of damage to anyone willing to try no-squadron against it.  A Gozonti with Hondo and Comms Net can either push the squadrons, or pass tokens to the Interdictor to keep it flying.

For those willing to bring squadrons, a GSD-II Demo rounds out the list.  Normally a 90 point Demolisher is a ship killer, and certainly this Demo can contribute.  But it is loaded out to lock down and kill Aces.  Agent Kallus (to get the Black die), Flechette Torpedoes, Ordnance Experts, and even Screed (who works to give you the crit for that ONE SPECIFIC SQUADRON you HAVE to lock down) combine to make it very, very hard to get opposing squadrons into the fight if they don't activate first.

The only drawback is it's unlikely to get first player, running with just a 397 bid, which is more a "keep them honest" or "I wasn't sure what else could fit in for 3 points" than anything competitively hunting for First Player.


NebulonB - Call up the HH... I need my Jacuzzi

Raddus, with a Liberty Drop.  The initial deployment is a pair of CR90B's with Engine Techs, Raddus hiding with Hondo on a Torpedo Corvette lifeboat, and a pair of GR-75's, one with Comms Net and the other with Quantum Storm / Slicer Tools, and Tycho / generic A-Wing for squadron cover.  The key drop for deployment is the Quantum Storm, which can fling a Raddus drop across the board on Turn 2.  The two CR90s are there for Ram damage and incidental Blue Dice fire, or for alternative deployment sites if Quantum Storm can't safely get into position.  Raddus likely hides in the backfield on the Hammerhead.

The drop, like in most Raddus lists, is key.  The Battle Cruiser is a christmas tree of nasty upgrades all working - almost at cross purposes - to deny the enemy effective use of defense tokens.

I've had the fortune to play Commander Dave's list, as one of my local players looked through the lists as soon as they went public and said "I want to run this."  And has for the last 3 weeks.  It feels like it's been a lot longer, because oof, it hurts.  It's particularly nasty against squadronless fleets, giving MMJ free reign to do what they want to do.  There are a lot of moving parts, and a lot of decision points, which makes it rough to play in 4 round tournaments.  In practicing for the Ohio Regionals, my friend found that he was forgetting to use key upgrades.  And in the tournament itself he left a lot of points on the table in some of his games with some of the fiddly bits, but that should be less of an issue in a Vassal tournament without mental fatigue being a factor.

I've personally played something similar to Nebulon's list at Worlds last year.  It's a beast of a Raddus drop, and relatively simple to pilot.

Both lists can easily sneak up on someone if they're not expecting it.  However, Commander Dave's list is the one with specific tech against the other.  Brunson / Targeting Scrambler is a specific counter against big attacks from one ship, and Nebulon B lacks any significant fighter coverage, meaning Commander Dave's fighters get free reign over the battlefield once they chew through 8 hull and 1 scatter worth of A-Wings.

I'm not sure if it winds up being a close battle, won on points, or if Commander Dave just blows Nebulon B out of the water (fish pun intended) but the game is his to lose. 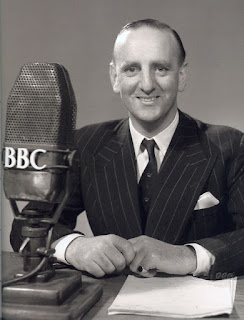 Nebulon B is the player I know best in this match up. He is aptly named after a ship I have never seen him use. In this particular case its questionable how much time he has spent with a certain Italian, as he bring a Liberty + X list to the party. Its very simple, Raddus lets the Liberty perfectly to doubletap anything.

Well I say anything..... but he is facing Dave. Now we all know a Dave. Strong dependable Dave. The guy who'll fix the wonky shelf in your flat. And this Dave is no different bringing a strong and sturdy Interdictor. Maybe something Neb cant pound through.

I'd still back Neb B in this game but it wont be a walk in the park, however he is a good enough player to chomp through Dave without MMJ wrecking the afterparty. I hear that Neb has Barry Manilow lined up.

After all his Liberty is named Lola, she is a showgirl
With yellow feathers in her hair and a dress cut down to there
She would merengue and do the cha-cha
Incoming Transmission From: Biggs at 14:05
Email ThisBlogThis!Share to TwitterShare to FacebookShare to Pinterest
Labels: Commander Dave, elimination rounds, NebulonB, Star Wars Armada, Vassal, World Cup 2019