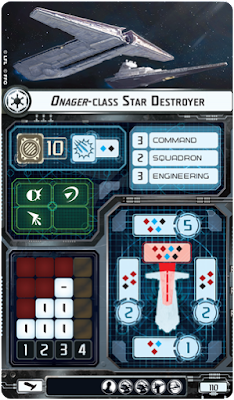 Look!  We've got the Imperial article out!

Anyways here's a better picture of the Test Bed. 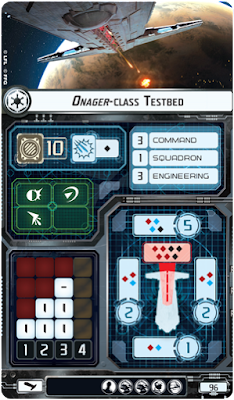 The Star Destroyer variant has better dice all around, and a Turbolaser upgrade, but no Support Team upgrade.  Even with everything else the same, that makes for a fairly different ship.  There's also two different super weapons, each of which feels like they might belong better on a different ship. 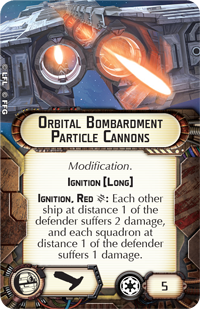 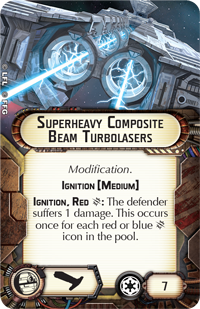 Superheaby Composite Beam Turbolasers look like they would find home on the Star Destroyer variant, while the Orbital Bombardment Particle Cannons (OP Cannons?) could go on either, but would probably be the default for the Testbed.  SCobe Turbolasers turn your Red and Blue dice into sort of Black dice in terms of overall damage for the shot, which is really nice.  One note for this one - it's a 1 damage effect as many times as you have Red / Blue crits, so it looks like you resolve it one at a time for each one, so your opponent can choose a different hull zone for each point of damage. 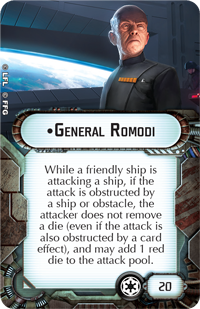 So here's the deal.  He doesn't remove obstruction, so anything else that triggers off of obstruction (such as damage cards) still apply.  What he does do is change what obstruction means for ship to ship shots, only if a ship / obstacle obstruction is present.  Obstructions form card effects work normally, so General Cracken's Speed 3 ships still reduce a die, unless the attack is also obstructed by a ship / obstacle so it doesn't.

This shouldn't be complicated, but I am sure it will be during a tournament at some point, assuming he sees table time. 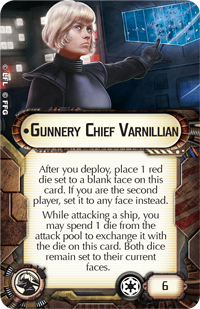 Imperials finally get a uniquely named Weapons Team.  The best use for her is for shooting shots you know won't hit early on to charge her up, or taking the "safe" shot first that you know will kill an enemy ship.  How many times have you rolled something crazy to blast some 1 hull CR90 off the board and said "man I wish I had that roll for this next shot?"  Good news, now you do!  Well, at least a little bit of it.  I like the bigger bonus for Second Player as well. 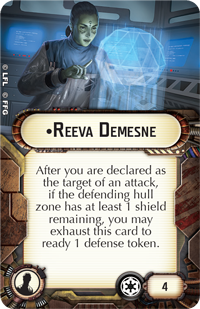 Not as sold on Reeva.  Defending Hull Zone needs a shield, so not only do have to have already been attacked to have an exhausted defense token, but you also need to still have shields.  That's a really, really situational ability for a faction that has Brunson for just 1 more point. 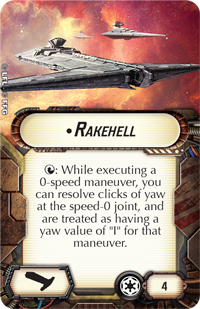 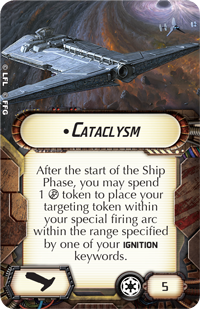 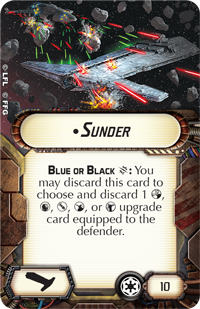 Okay, so these 3.  Cataclysm looks the most useful because just add a Hondo Ohnaka to any of you ships or run Grand Moff Tarkin to drop Ignition right off the bat.  A good way to tell your Raddus playing friend "No" on Turn 1 with your Pryce equipped Onager.

Sunder feels really interesting to me.  It's now the easiest way to disrupt enemy cards, and triggers off of any attack, not just ignition.  And being able to blow up ECM, or a really nasty Ordnance or Ion crit sounds pretty good these days.  It may be pricey but I like it for the utility.


Well, that's it for these guys.  And look at that!  Two articles in one month!  Can I make it 3?  Will Truthiness and Shmitty write anything ever again?