VWC Elimination Round - jp82729 vs Chavoguerrero

JP is showing up with a Onager Cataclysm / Hondo combo to try and reach out and touch someone who is dumb enough to blunder forward directly at him.  OP Cannons, Varnillian, Tua / ECMs, Engine Techs, and Motti is his commander, means that the ship will be both heavy hitting and hard to bring down.  Motti himself sits on a ISD-II, with LTTs and Leading Shots for tons of dice manipulation.  Electronic Countermeasures keep it flying, and makes it even more hull his opponent will have to break through.

A pair of Gozantis with Comms Nets bring Vader (officer) and Hondo into the fight, and likely have the task of pushing along the squadrons.  Ciena Ree and her best friend Valen Rudor are a speed bump, but a strong and annoying one.

CG brings a Sloane build, pushing squadrons with a Quasar Fire I-Class with Squall, Flight Controllers, an Expanded Hangar Bay and Boosted Comms.  The squadron compliment are Maarek Stele without his best pal Jendon, as well as Major Rhymer, a Lambda, Mithel, and 2 TIE Phantoms, which is light for a full Sloane, but all activateable by just the Quasar.

The Suppression Refit is the flagship, and has Admiral Ozzel (officer) backing up Sloane to help Fighter Coordination Team get the squadrons into position faster.  It's not a doctor though, as it lacks the Scramblers usually seen on the Interdictors, instead taking both the 2 point upgrades for speed zero deployments and rock movement.  2 tokens of Proximity Mines are also onboard, as well as Heavy Ion Emplacements for damage.

Iden Veriso and the Corvus gives the list a small flanking combat ship with External Racks, Ordnance Experts, and a single token Proximity Mines.  There is also a Gozanti with another token of Proximity Mines, Comms Nets, and Vader (officer). 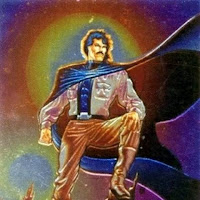 
Boy it's hard to bet against a Sloane.  Especially against someone with no fighter support.  With that being said, the Onager seems well designed to crack moderately armored squadron pushers just like the Quasar, and has the range advantage to rip apart a relatively slow Interdictor without Engine Techs.  The ISD is no slouch either.  Does it really need defense tokens if there aren't any sources of actual damage left on the board?

I can see this going down as a table if things get out of hand early for Chavoguerro, but most likely scenario is 2 of the 3 combat ships going down, the final running for the hills, and JP furiously trying to keep either of his large ships from falling to take the win.

I still think this one is JP's to lose though.
Incoming Transmission From: Biggs at 23:37
Email ThisBlogThis!Share to TwitterShare to FacebookShare to Pinterest
Labels: Chavoguerrero, elimination rounds, jp82729, Star Wars Armada, Vassal World Cup 2020