RealVeers comes to us out of European POD A, having bested World Champion Tokra not in the actual head-to-head matchup (Tokra won that game by a mere 36 MOV) but by winning his other two games BIG, and then getting help from one of his other opponents who struck down Tokra.

RV is running the only Vader to make it out of the PODs, in this case with a relatively light Onager with no title and OP Cannons, a Brunson'd Demolisher, Corvus, an Expanded Hangar Bay Gozanti, and 94 points of squadrons built around Mauler Mithel, Dengar, and a ton of Escort.  His is definately one of the more interesting fleets to look at as it isn't cookiecutter in the slightest.

"Theia Gets a Starhawk!"

Theia actually is an interesting situation:  she entered her fleet before the Raddus Errata with the Fish Commander still on the MC75... which while not strictly illegal post-Errata certainly wasn't very functional.  So with Raddus no longer able to drop a Starhawk onto things, she was given a choice upon being slotted into POD H:

In spite of this bit of trouble, it's worked for her.  While she got slammed by LTD, so did everyone else in the POD, and she put up some solid wins to move on to Eliminations.

Her hastily patched up fleet has Raddus on a giant tanky ship almost guaranteed to safely drop Profundity and Garel's Honor onto whatever wants to get close.  Ahsoka on the GR-75 helps ensure that she has the right commands at the right time.  Strategic Advisor is probably wasted on a ship that doesn't drop initially, but if that's the only 4 points wasted, not too bad.  The MC75 can tank as well when it drops, and Garel's Honor is loaded for bear with External Racks, Captain Rex, and Shriv Suurgav to make whatever it drops into regret that it showed up. 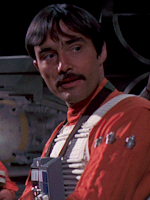 Not gonna lie, I think Theia lucked into a pretty good list here.  Nu-Raddus might actually have a home on a ship like the Starhawk that just says "Fine, come and shoot me.  See what happens."  And then next thing you know the rest of the fleet is there shooting at just the right target with perfect double arcs.

Vader Onager is also an interesting concept.  The Onager really doesn't have a ton of defense tokens to spend for Vader though, but boy is it gonna hurt if it wants to.  Especially with Varnillian and Vet Gunners backing it up.  Vader is basically 36 points of insurance if the first two just aren't enough.  His squadrons also aren't great against ships, though the TIE/A's and Dengar aren't bad. Tel, Fet, and Mithel aren't likely to add too much to damage, but also aren't really in any danger of being flakked to death.

Basically it comes down to Starhawk vs Onager.  Can Theia close the distance to engage, or does she even have to if she can tank him from long range and find points some other way?  She doesn't even need to drop her other two, much less tanky, ships until she is in position.

I'm still going to give the edge to the Onager.  If RV can melt the transport from Extreme Range, he never has to engage. 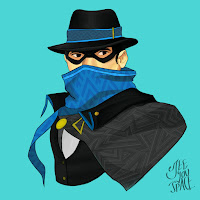 Admiral Theia’s list is the snapping turtle of Armada. With the Starhawk as its thick, tanky shell, there is no worry about Raddus leaving the board before the drop. Shooting out Profundity and Garel’s Honor, the list is nearly guaranteed good positioning for ruining someone’s day. That said, this slow, plodding turtle is going to have no initial answer to RealVeers’ Onager.

RealVeers’ squad ball is poised to potentially sink some much needed damage into Theia’s fleet. Theia has no opposing squads, and with scatters galore, salvo will be no deterrent. Despite having no bombers, good rolls from the squads could cause trouble for Theia.

I think RealVeers has the advantage, particularly if the roll off for initiative goes their way. RealVeers' points are better distributed through the fleet, meaning losses will hurt him less. It is highly unlikely Theia will be tabled in this match, but the Starhawk will take a beating on the way in, only to find Demolisher and Corvus waiting. RealVeers could lose any two ships and still have a hefty trade up. The onus is on RealVeers to bring down something big.

After what I’m sure will be a close match, I’d predict a 6-5 to RealVeers.
Incoming Transmission From: Biggs at 11:33
Email ThisBlogThis!Share to TwitterShare to FacebookShare to Pinterest
Labels: Admiral Theia, elimination rounds, RealVeers, Star Wars Armada, Vassal World Cup 2020