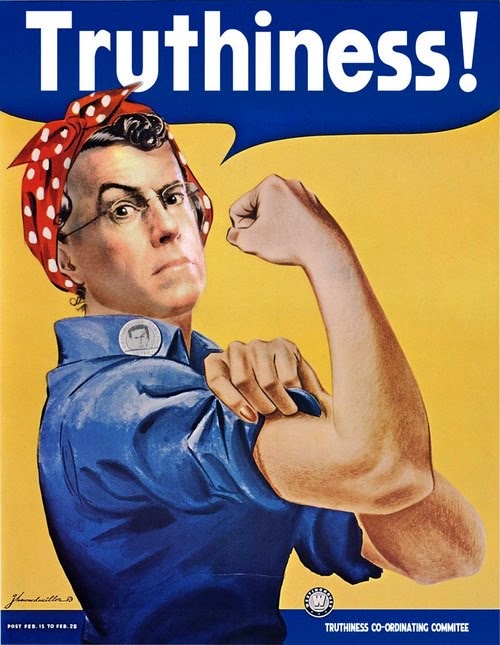 Steel Squadron is proud to bring you another installment of Truth(iness) vs. Logic! Our topic today: Commanders. Biggs has taken up the stance that lists should be able to function independent of whatever Commander you choose. Of course, this is total rubbish. Everyone knows that you should always build lists to maximize that commander. I'll let Biggs take the first crack at this one. Once Bigg is done blathering on about whatever "logical" explanation he has, I'll set the record straight.


Biggs: Lists should be able to function independent of Commander.

Take a look at the best commanders, and the worst commanders and you'll start to notice a trend.  For Rebels - Dodonna, Rieekan, and Ackbar.  For the Empire - Motti, Sloane, Jerry.  What do these commanders have in common?  They give your lists more options, they let already good lists become better, and most of them give you a chance to fix mistakes.

Look at Dodonna, one of the best Rebel commanders.  He is consistently among the top Rebels not because of his ability, but because of his cost.  At 20 points, he is a full 10 points cheaper than most any other Rebel commander you might consider.  That's 10 more points of ships, squadrons, or upgrades to bring.

Now consider Rieekan, arguably the best Rebel commander, even post-nerf.  He makes good lists (Rebel Aces / Rebel Swarms) better, and when you do leave something out to die, he lets it hang around.  A chance to fix your mistakes.  More importantly you don't want to have to use his ability, as that means something you brought is dead.

Ackbar - I know what you are thinking - "You should build your list to maximize Ackbar's ability".  Wrong!  It is always a better idea to double arc an opponent than to use the Ackbar attack.  Ackbar takes an already good broadside list, and gives you options - "I don't want to double arc him, because that puts my ship at the wrong angle to disengage."  "I have the opponent double arc'd but I really want to activate a different ship first without sacrificing damage when the opponent moves."

It's even more apparent with the Imperials:

Motti probably the best example.  You never WANT his ability to be needed.  But combined with his inexpensive cost (24 points) and his ability to make things harder to kill (mistake fixing) he just makes any Imperial list better.  Anyone that "builds around Motti" is just building a good, hard to kill list that would be equally at home with any other Imperial commander.

Moff Jerjerrod is the king of "giving more options".  2 Yaw at the first click for any ship you have lets you easily correct deployment or movement errors, or even command errors.  It improves your options, letting you pick non-navigation commands without sacrificing your positioning.  Oh, and he's cheap too.

Wait, wait, I hear you argue.  Sloane requires a list to be built around her ability!  Except that Fel's Flying Circus was already a thing.  Imperial Aces were great in the past against Rebel bomber blobs, and Sloane makes them even better, as they can reliably bomb enemy ships once the fighters are removed.  "What about TIE Fighter / TIE Interceptor generic blobs?"  Oh, those are bad and die to flak and even Sloane can't fix that.  So already we have a good list made better.  Did I mention she's cheap?

And lets take a look at the commanders that require you to build a list around them?

Konstantine - sucks.
Mon Mothma - hasn't been seen in a long time.
Leia or Tarkin - They cost so much you feel like you HAVE to build around them.

The point is you want options in this game.  You want a safety valve.  You want the ability to cover what your good list isn't so good at, and that is where the right commander can shine.  You want to build a list that can win, and then plug in the commander late into the building process, rather than starting with the commander and building around it.

Let's start with this little nugget:
"It is always a better idea to double arc an opponent than to use the Ackbar attack."

So unless I'm looking at a different collection of lists, I'm pretty sure I'm looking at a good selection of lists from the top 8 of Nationals that would disagree with this statement. No one in their right mind wants to double arc with an MC80. Why? Because they're at a huge risk of getting trapped. They're taking Ackbar explicitly so they don't have to double arc. And I'm sorry, but I've never feared an Ackbar list built around CR90s or some other ship that isn't already broadside dominant. Why? Because they're investing 38 points into an option. That's a lot of dead weight of you aren't actively trying to keep it engaged. That's not to say you can't every double arc using Ackbar, but you're choosing him because you have a specific plan in mind that involves a significant amount of broadsiding. I'm know I'm looking forward to an Ackbar MC75, but that's because it has a long range broadside I can use while I close the gap for what is likely a single-turn double arc shot.

Yes, Fel's flying circus was already a thing...until everyone realized you could just ignore the fighter blob and it couldn't do anything against ships. Sloane brought the combo back from the grave. More importantly you can't just slap her in a list and say "work!" You can't just take Decimators and then complain that Sloane isn't doing anything for you. The fact that just a generic TIE swarm doesn't work because of flak is further proof that you have to tailor to Sloane's strengths and mitigate the weaknesses. That means scatter Aces. I've also seen a very inventive Phantom list hanging around out there. (I'll let that person drop that bomb whenever they see fit). Sloane makes the lists because those lists maximize her ability.

For my final example, I'll talk Madine. When he came out, we all assumed he was someone that could plug into pretty much anything. When he seemed to not be worth his 30 point price tag, we as a community collectively put him on the trash heap. Well, then I saw Eric Burtch use him with a Liberty. Watching Liberty do some crazy turns peaked my interest. Around the same time, Ginkapo's theories about non-Rieekan CRambos were emerging. I decided to merge the two ideas. The resulting lists have been a lot of fun. More importantly for this article, it made me realize that Madine needed a list that maximized him as well. He doesn't work if you're only using him for the occasional benefit. He doesn't work alongside a strong squadron contingent. He needs to be navigating at all times. That means milking everything I could out of the navigate command. That means throwing on rocket boosters with duck tape (Engine Techs). Once I did that, Madine was awesome.

Now that's not to say a commander is bad if they don't have any special requirements. But if you're not taking them into account when you're building out your strategy, you're just going to fall on your face. Thrawn is gonna be awesome, but how useful is he if all you're going to do is navigate with those dials? Jerjerrod, for 9 points less, is better at that.
Incoming Transmission From: Truthiness at 09:00
Email ThisBlogThis!Share to TwitterShare to FacebookShare to Pinterest
Labels: Commanders, List Building, Star Wars Armada, Truthiness vs Logic