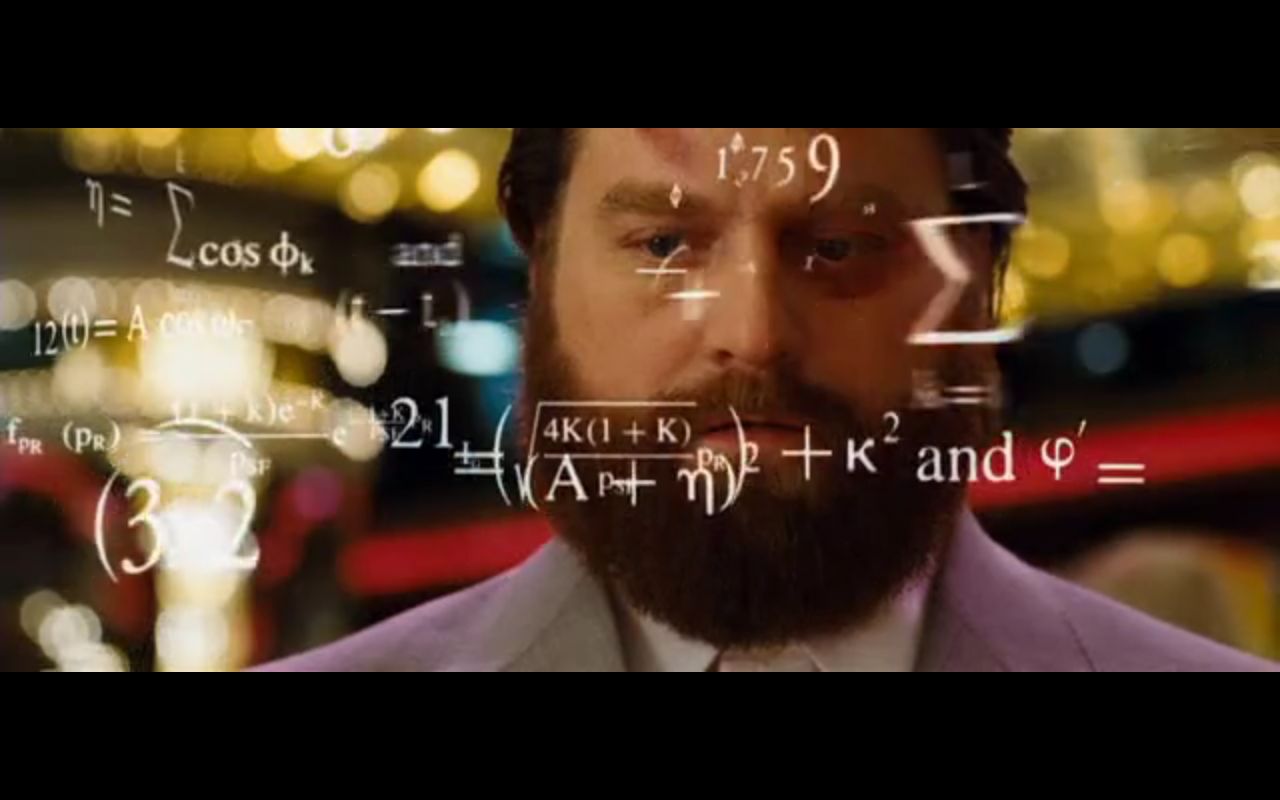 Despite the caricature of irrationality I like to play, I'm truly an analyst at heart. It's no surprise, then, that I've loved the Armada Regionals data collection and analysis project since Shmitty started it a couple years back. Since Shmitty stepped back, Baltanok has been going it alone. In an effort to help him out, I recently undertook a rebuild of the data sheet from scratch to be more automated with its formulas. In the process, I've somehow made myself one of the community's latest data gurus. Damn it, Shmitty, how the hell did you mind trick me into this?

We're now well into the wave 7 portion of the Regionals season, giving me enough data to make some notes on the forming meta. First, however, a note on the data's limitations. Baltanok and I depend heavily on the community to provide lists to feed my demonic construct, so there are portions that are incomplete. Furthermore, this version relies on detailed lists. I can go without objectives, exact MoVs, or even tournament points, but I need just about everything else. Because of the automated nature, incomplete lists would skew the bid data. As such, unless we have a complete list, it is not inputted into the data sheet. There are also gaps in the data where we just have no information. FFG HQ, for example, is largely blank, as is Melbourne, FL, as well as Quebec. Despite these limitations, we still have a large sample size. 239 complete lists have been inputted to date, including 99 that placed in the top 8, 51 that placed in the top 4, and 13 winners. I consider the top 4 data to be the most interesting statistically. The difference between a top 4 and a winner, especially in a 3 round tournament, can often be very little. As such, I don't like to put a lot of stock into winners. Rather, I like to compare the overall population to the top 4 while using the winners as a bit of flavor. With all that in mind, let's dive into the emerging wave 7 meta. 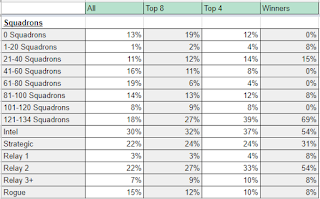 First and foremost, squadrons still reign supreme. Squad heavy builds still significantly over perform compared to their representation in the general population. That winner number is particularly shocking. Again, I don't put a lot of stock in the winner column. Only one tournament in the data was large enough to have a cut, which was a squadron heavy Sato vs. a squadron heavy Motti (Motti won), so you can't necessarily say squadron heavy is beating out squadron light in head to head matches for the top spot. They could be happening in earlier rounds, but it's not something the data can be used to conclude. Anecdotally, the recent Vassal World Cup featured both squadron heavy lists in the semifinals getting knocked out by squadron light or zero squadron lists. However, the data undeniably concludes that the top players are preferring to use heavy squadron wings at more than double the rate of the general population.

Over the last year, the data has consistent shown an Imperial skew in the overall population, but a Rebel skew at the top. Typical representation has been about 45-48% Rebel and 52-55% Imperial, but reversed within the top 4. I've recently felt a swing the other direction was coming because of the more dynamic and interesting combinations (in my opinion) becoming available to Imperials with waves 6 and 7. However, I expected a gradual shift. Armada players, after all, are slow to let go of their preferred lists. Instead, the swing has been sudden and dramatic toward Imperials at the top. 63%, almost two thirds, of the lists in the top 4 are Imperial, compared with 53% of the overall population. Again, the winners need to be taken with a grain of salt, but what concerns me even further is that 4 of the 5 winning Rebel lists took Yavaris. You could argue that means Yavaris is too powerful, but I think it could mean that Rebels in general are struggling to win without it. It would also explain the huge skew toward squadrons in the winners. The top 4 data is more heartening, with only 32% of top 4 Rebel lists taking Yavaris. Still, this sudden shift toward Imperials needs watching.

Unsurprisingly, flotillas remain ubiquitous. Few lists go without at least one and a majority take at least two. 2+ flotillas still seems to be a requirement to enter the top tiers, with only 54% of the general population taking at least two flotillas, but comprising 73% of the top 4. However, one of the concerning trends of wave 6 was the disproportionate representation of 3+ flotillas in the top 4. That data point seems to have faded in the emerging wave 7 meta. Only 23% of the general population took three or more flotillas, compared with 31% of the top 4. That's a far smaller jump than we saw in wave 6. There are things within the wave that have disrupted activation padding as well as the last/first combination they enable, so it is possible wave 7 is disrupting flotilla activation padding?

The evaluate that further, Raddus, Pryce, and Bail usage are a good place to look. The usage of all three is fairly low, so it's hard to definitively say that had a large impact. Raddus' showings thus far are pretty lackluster. I think that belies his true power, though, so watch to see if Raddus starts to break into that top tier more often as players get used to using him. If he does, it will be interesting to see what happens to flotilla numbers. They enable his deployment, but he also limits their usefulness in opposing lists. Bail usage is about proportional between the general population and the top 4. His usage is more to disrupt last/first combination and is an explicit counter to Pryce, so as her usage increases, expect Bail's to do the same. Finally, Pryce appears the most disruptive of the three. Her three fold increase between the general population and the top 4 is significant, and her significant entrance into the winner's circle is a very interesting development.

The last thing I want to note is the ascendance of large ships and the apparent corresponding downfall of non-flotilla small ships. As big ship are becoming more prevalent, true MSU appears to be vanishing. Only 16% of the general population took three or more non-flotilla small ships, and only 4% made it into the top 4. Large ships, meanwhile, have risen to very high levels of use, and stay there in the top 4. There is a good sized drop off in winners, but 54% is hardly a bad number, especially when large ship representation is so consistently strong overall.

That's all for today. Feel free to browse the data sheet at your leisure here.
Incoming Transmission From: Truthiness at 22:31
Email ThisBlogThis!Share to TwitterShare to FacebookShare to Pinterest