Ranking the Commanders By Command Cards 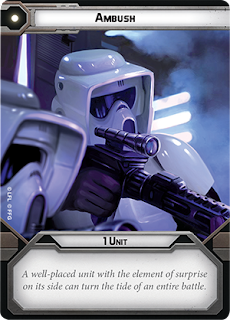 
First, the ranking system.  It'll be the one I use for Armada Commanders, because I like it.


Ω Tier - A card that works all by itself.  It is not only overpowered and undercosted, but also changes the way the game is played in some fundamental way.  "Broken".

S Tier - A card that is very good, without needing anything else to work.  Does something substantial or meta shifting while being relatively inexpensive.  Something you would say is an "Auto-Include".

C Tier - A bland card.  The baseline for all other things.  Your starter box generics - "Ambush", "Push", and "Assault" fall into this slot.

F Tier - Worthless.  Do not take this card unless you have to.  There is no reasonable scenario where it would be useful.  Taking nothing (or using Standing Orders) would be a better use for your command.

Now on to the Cards!

You've gotta take them unless you take 2 units with Command Cards!

Commander Skywalker
Son of Skywalker - S
My Ally Is The Force - B
Return of the Jedi - B
Overall:  A-

Luke's best card by far is Son of Skywalker, and when it comes out it can spell trouble for pretty much anything on the board that he wants to point himself at.  All of his cards suffer in terms of utility - only Return of the Jedi lets Luke issue an order to non-Troopers - but each gives a strong boost to the impact on the board.

Vader's card selection is solid.  Implacable at first seems like Son of Skywalker, but because it shuffles Vader's token back into the pool it lacks the splash of Luke's 1 Pip card.  Nevertheless, his 2 Pip giving an extra action to troopers and his 3 Pip tossing suppression around are also gamechangers.  He doesn't have one exceptional card, but he has 3 really good ones.

Max Veers isn't being taken because his cards are awesome.  Maximum Firepower is the biggest splash, but still winds up being just 4 dice on a single target.  Imperial Discipline has actually the biggest impact, recovering any unit that is issued an order.  Combined with HQ Uplinks, Veers can pretty much refresh anything he wants, including Weiss AT-STs and (assuming) Scout Troopers.

Leia's best card is her 2 Pip.  No Time For Sorrows is a huge impact on board position on whatever turn you chose to use it, and it can be used offensively or defensively.  Getting any kind of movement effect before an opponent can react is crucial, in fact all her cards are about setting tempo.  Coordinated Bombardment is "better" than Veers' Maximum Firepower, but requires more set up to get the most out of it.  Somebody Has To Save Our Skins is great for taking back the activation advantage by double activating Leia and someone else, but Leia isn't exactly a very impactful activation to begin with.

You know someone's command cards are good when "Oh, I definitely go first no matter what" is the weakest of the cards.  Each of Han's cards alter the usual play of the game in some way.  Reckless Diversion is probably the most egregious, forcing the opponent to target a Trooper unit as long as it has a face up command.  Change of Plans is basically equal in value to your opponent's best card - pick which turn they want to use it and you can guarantee they don't.

Boba Fett's revealed cards look pretty strong, and are all about Boba Fett.  Whipcord is probably the best, letting him immobilize and suppress something as a free action.  ZX Flame Projector looks good for melting an enemy formation, but only activates Fett and is a 2 Pip.  That's a lot of 2 Pip utility gone in favor of gaining a weapon for a single turn, even if the weapon is very, very good. 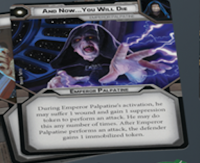 Being able to melt the face of everything around Sheev with "And Now... You Will Die" is just something that looks like fun.  Issuing a Command to everything is... cool I guess.  I can't think of too many situations where you'd need more than 3, but I guess it works well for a diversified list.  It's better than Assault by that measure alone.

Look at Han's Cards.  Wouldn't you like one of these back after you use it?  I can't wait to see what else Chewie has up his sleeve.

Also sorry about not getting any articles up for awhile.  I've been on a mini vacation in Colorado, getting high. 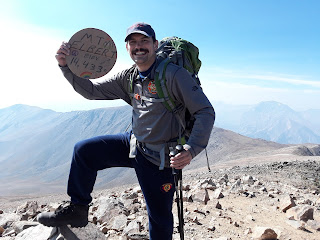