Okay, so honestly there isn't a whole lot to making Thrawn "work".  Take Thrawn, dial up 3 Navigates, then set your dials on Turns 3, 4, and 5 to anything else.  That was easy, next! 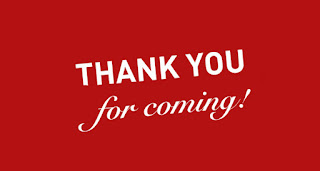 Thrawn's problem isn't that he isn't good.  He is.  The problem is that you can accomplish what you can with him in a variety of other ways, most of them cheaper or better than taking Thrawn.  Consider the following:

Simply put, pretty much every other commander is just straight up better at something.  Except for Thrawn, who is more expensive and not better (but more flexible with Sovereign and gives you bonuses every turn).

So, what can we do with Thrawn?  We need to look at what ships want two commands in a single turn, and at least 3 different types of command over the course of the game.  Unfortunately Imperial ships tend to be specialized.  Quasars, for example, are never going to concentrate fire.

In addition, how do we actually use Thrawn?  Do we form a plan and and try to predict the game either when the dials go down after deployment, or do we go one step further and plan our game out before we even show up to the match?  I think the benefit of Thrawn is in flexibility.  Being able to say "at some point I want to be able to do something."  His canonical flagship works in the same way - letting you change your plans on the fly to do the most useful command in the moment.

Let's split the difference.  Let's have a plan, but embrace tactical flexibility.


With the recent FAQ regarding being able to change Thrawn dials into tokens, Comms Net Gozantis are going to be able to either pass the Thrawn command or their own as a token to the ISDs, while still having their own command available.  This will ensure that Chimera will have the correct tokens to fire its Fleet Command! at the right time without spending it.  It also means that we can hand a Squadron token to Avenger before it gets into the thick of battle.  We have the chance to do both planning - Governor Price's ability and Thrawn's dials - and amazing tactical flexibility if our best laid plans go wrong.

And all for the cost of needing to think at least 1 turn ahead.

I was a bit disappointed I couldn't fit any squadrons into the list.  I have been having a good time spitballing TIE Bombers / Ruthless Strategists with Thrawn providing alternative commands to the squadron pushers or pushing them with his command.

The general idea is as follows, with the ability to change the commands as conditions dictate:

Now all our ships can maximize how good they are at every aspect of what they are trying to do.  Navigating like they have Ozzel, Shootin' Good, and repairing damage sustained as soon as the fire comes in.

Gonna have to put this on the table on Wednesday with my Fleet Patrol and see how it works.  I'm hopeful for a good showing.
Incoming Transmission From: Biggs at 10:55
Email ThisBlogThis!Share to TwitterShare to FacebookShare to Pinterest
Labels: Grand Admiral Thrawn, List Building, Star Wars Armada, Strategy, Tactics