A look into how the sausage is made, with Shmitty and Biggs: 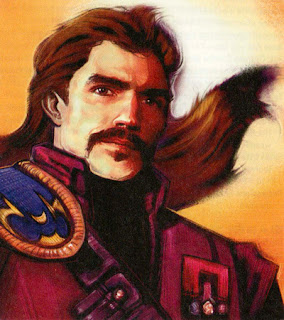 Stand by, let me look it up.

I need some Gamr-spiration
Gotcha

I doubled up on AFFM! and FCT because I wanted to see which one I wound up needing the most, and I needed BOTH.
Tons of movement shenanigans.
You can basically AFFM! every turn, which is kinda overkill.
Command should be spamming AFFM on turn 2, and burning a Squadron command from turn 2 onward to at least get Talon off on something.
Yavaris navigates turn 2, because you can "fix" it with Leia.
Or leave it if needed.
Or do it the other way.
Flexibility.

My Squadron play is pretty weak

Well, you've got all the tools to put those squadrons right where you want them.

Gold / Norra really want to hit ships, and only ships.
Ten / Dutch can do double duty.
Jan can sorta do both, but mostly wants to not get into trouble.
And Corran is an anti-squadron monster.

At the very least you want to be hitting him early with the Pelta so he can go nuts on things from Range 2.
With snipe.

Actually, a smaller squadron compliment with Adar and Garm tokens could be fun.
Let your squadrons punch above their wieght class at a minimum.

Yep with IF! To make everything a little punchier

Hmm...
If I was going to abuse Talon...
Who would I want to double activate, and how?

Dutch / Ten / Corran are some of the better options.
Big damage and Rogue are going to be the winners here.
Dash?

Dash / Dutch / Corran is 62 points.
True.
True.
Good thinking.
Ten is so damn slow, but hits like a half-brick in a sock.

Either
AF w/ QBT and GT
Was toying around with AF, 30T, Salv, Pelta, Flot earlier
But it lacked something. So bugged you about it

I prefer DTT on Salvation

True.
Want to get ECMs on the AFII somehow....

Move Garm onto that?
With Lando?

Go keep the Landmonition?
Or keep

Okay, this list is looking sweet as hell.
Boosted Comms... necessary for Pelta or swap for DCaps?

That it FCT to help Ten
Other option

Rather than abusing Adar, what about a YWing Swarm?

But... abusing Adar is the point of this brainstorm!

Between the Pelta and the AF there’s plenty of squadron

But yeah, you can get 6 Y's in there.
And still have room for Toryn.

Lol
“We had an idea!”
I’d love a flotilla for the activation, but it ain’t happening
This is perfectly awful

Not if you want all those beautiful Y's.

Truthiness may well vomit when he sees it

Or if no squadrons, have 6 blacks to the face!

Objectives?
"cause you're gonna be playing with them a lot.

... Advanced Gunnery?
How much do we want someone to counterpick the hell out of that.

How fast can this kill Defiance?

It's not good, but hey, a gimmick is a gimmick.

I’d try advanced Gunnery against an MC80 once

Well 6 once you ditch one to DTT.

That or Targeting Beacons.

Admo harvests off of that

True, true.
And we have a bunch of Bombers.
I like Targeting Beacons.

I like it with Strategic
We don’t have that

But yeah, I don't think there's someone out there with a better setup for Precision.
Too bad the tokens don't help us at all.
CF tokens I mean.

Even without strategic, you can set those tokens up with Targeting Beacons to hit a LOT of space.
Gonna put down PS for now, but TB is sitting in the wings.
Defensive:
Hyperspace Assault?

Yes, but against Strategic they go away and you can’t fix it. Besides with IF the retolls are for fishing
Or CO to choose where the fight will be

Fighter Ambush could be a HUGE liability.

Fire Lanes are good, but suffer the same lack of strategic.
I kinda like HA for Salvation here.

Perfect ship to jump into to sniper a fork.
And put it at a bad angle for counter attacks.
Or Admo.

Jump in Salvation - make something choose between moving forward into Admo range, or eating 4 Salvation dice.

... and then moving into Admo range.

Not sure if we bring any squadrons with it.
Probably not.

But Boosted Comms AFII might be able to make that a sneaky move too.

Okay, HA with Outpost as the backup

Done.
Moving on to Nav.

Superior Positions is solid, but boring

Going to be playing a lot of this one I think.
Superior Positions also has the drawback of a true Squadron list outdoing us, much like FA.
And getting hits on the AFII, which wants to toiletbowl.

Yeah, but this fleet will be able to force the enemy to expose their ass somewhere

True.
I actually really like Dangerous Territory these days.
Being able to sit on rocks is good.

And it lets Pelta / Salv fly in tight formation.
And Admo hide on rocks during the approach / escape.
Plus free points if the opponent ignores it.
And free damage if they don't.

Definately gonna break this one out Wednesday.
... if I can find all my Y-Wings.

Remember how Salv works cutting across the AF?

Yes.
Salv as the final drop.

Turn to follow the AF and eat Salv to the face

Or Admo as the final drop.
Admo could probably drop anywhere, to open up additional options.

AF first and neutral
Then Ys

Right, middle of the table.
Then Y's.

Decide which way you're going with AF based on deployment (5 or 6 from opponent)
Drop Salvation that way, as the T.

Yep
Pelta comes up slow inside the AFs turn

Admo drops last, wherever you think it can do the most harm.
Probably just on the non-Salvation side of the AFII / Y's.

Okay, one final question....
I am missing a Y-Wing from my final stand of 3.

What squadron mini do I put on the stand to make "Gold Squadron"?
A Z-95 for comedy.
?

<removed 20 minutes of toying with Z-95s for brevity>

Yeah 6Ys is the best.
No to name this monstrosity.

Or Admo and the 3 worst Rebel ships
Also good

"Dancing with the Stars?" Because of all the C-Listers?

Fred Durst Society of the Humanities and Arts

If you want a REAL deep reference dive.
http://austinist.com/2013/08/14/two_years_ago_the_city.php
Austinist
Never Forget: The Fred Durst Society of the Humanities and Arts
But what would our streets look like if they were maintained by the FDSHA? We could expect soul patches galore among the department’s workforce and a treatment facility for hot dog-flavored water.

Space Dad Gets His Groove Back

Oh wait weren’t we up Garm 3 already
So Garm 4: The Dumpster Fire

Yeah, I was looking up what Fast and the Furious 6 was... and apparently they can't even decide on what the name was.
The Rolling Dumpster Fire