That's right friends, it's time to talk about the Sector Fleet Rules and argue about which Commanders are the best! 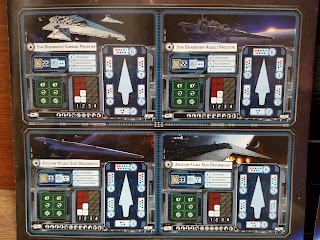 Here's the rules - we're ranking Commanders at 800 points, and 2 players only.  We're not looking a multiple commanders on a single team, limitations to who each commander affects, etc.  We're also considering the inclusion of SSDs on the field.

Finally: here is a description of the tiers we will be using for our power rankings:

Ω Tier - A card that works all by itself.  It is overpowered and undercosted, and changes the way the game is played in some fundamental way.  There's no reason not to take this card unless you are trying to do some sort of gimmick.  "Broken".  Example:  Pre-Nerf Demolisher

S Tier - A card that is exceptional, without needing anything else to work.  Does something substantial or meta shifting while being inexpensive.  Something you would say is an "Auto-Include".  Example:  Captain Brunson

A Tier - A card that is either good without needing any other card, or something that is excellent with other cards supporting it.  Example:  Hondo Ohnaka

B Tier - A card that can work well in certain situations.  Good when paired with other cards, or just decent alone.  Example:  Howlrunner

C Tier - A bland card.  It might only be okay, or maybe only considered for some niche situations.  It may require several other cards, or something outside of your control to "work".  Or it might just be something okay, when there is another card that does the same thing, but better.  Example:  Damage Control Officer

D Tier - A bad card.  May only be okay in niche situations, or puts unnecessary restrictions or costs onto things that something else does better.  Clearly outclassed, or doesn't do anything useful.  Example:  Ysanne Isard

F Tier - Worthless.  Do not take this upgrade.  There is no reasonable scenario where it would be useful.  Taking nothing at all would be a better use for your points.  Example:  Point Defense Reroutes

Final Rules:  Tied commanders are listed in order of their SWA release number.  If a commander only has only 2 votes and are between steps, they are dropped to a lower step.

There was no consensus that anything is "Broken" without seeing how things shake out.

Darth Vader (S) - (S/S/S)
None of us doubt that the Dark Lord of the Sith is anything but perfect for the 800 point level.  The only thing that gives anyone pause is that Darth Vader (Crew) exists, but honestly he is the best value for damage you can get.

Admiral Ackbar (S) - (S/S/S)
Broadsides at 800 points are the way to be!  Plenty more opportunities for a true "Ackbar Slash" at 800 points as well.  And the only reason to balk at Ackbar's abiliity, the cost, is no longer quite the issue. 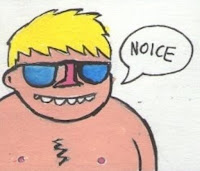 Emperor Sheev "The Senate" Palpatine (A+) - (A/~/S)
Palps looks like he's going to be really good at high point value games.  Jury is out as to how good - Truthiness says "Very, very good", I'm leaning more towards just "Very good".  Shmitty has no vote.  Have fun with him.  Do it.

Grand Admiral Thrawn (A+) - (S/A/A)
Thrawn was great with 2 ships.  Thrawn's gonna be even better when there's a ton of ships to give command tokens to, so his cost isn't as prohibitive.

Grand Moff Tarkin (A-) - (A/A/B)
Tarkin's ability has always been really, really good but tied up in a very expensive package.  With a boost to 800 points, suddenly Tarkin is a lot better.  You're almost certain to be able to properly pair him with the Sovereign title now.  Only Truthiness, who doesn't quite seem to trust in the glory of tokens ranked him lower.

Garm Bel Iblis (A-) - (A/A/B)
Speaking of tokens, Garm just got a lot better with a lot of tokens to pass out between large rebel fleets.  As above with Tarkin, Truthiness hasn't seen the light of Tokens4Days. 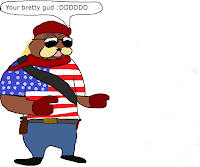 Admiral Motti (B+) - (B/B/A)
Swarms of Imperial Large ships with huge hulls made huger by Motti sound good.  Still, Offense is typically the way to go over Defense, and he just straight up doesn't work with the SSD.  Truthiness disagrees on this one, putting him higher for swarms of ISDs.

Moff Jerjerrod (B+) - (A/B/B)
Being able to turn on a dime is going to be even better when you're trying to avoid the rest of your ships and still dial in something other than a navigate.  I guess I think it is better than the other two do though.  It's not going to be bad either way.

General Dodonna (B) - (B/B/B)
Everyone put General Dodonna at a "B" and why wouldn't we?  He's always been an okay ability, but by far his best draw has been that he is cheap.  Cheap isn't exactly the biggest consideration at 800 points.  His face-up damage buff helps, but is far from critical.

General Madine (B) - (B/B/B)
Extra maneuverability isn't bad by any stretch of the imagination, but how much maneuverability is there on the board with more ships clogging things up.  Unpredictability seems like it would be limited.

Admiral Screed (B-) - (B/B/C)
He's no Vader, and he loses out as ships and especially SSDs with Damage Control Officer start showing up in the game.  Still, Screed adds damage, and damage is good.

General Rieekan (B-) - (A/C/C)
Both Truthiness and Shmitty agree that Rieekan loses a lot of what makes him amazing at large point values, but I think they are underestimating the value of sending sacrificial ships and squadrons to control positioning of the opponent.  He isn't quite overpowered at 800 points, but being able to have an Admiral Raddus style "Idea" with a Hammerhead in front of an ISD, keeping it away from the rest of your fleet at the cost of just a small ship's worth of points cannot be underestimated.  Still, consensus drags him down.

Commander Sato (B-) - (B/B/C)
Shmitty's high on Sato right now, but I think he suffers for the same reason Screed does without Screed's upside.  You're not going to have as much chance to dump criticals on things with SSDs and Damage Control Officers running around.  He should be easier to build around though as you usually want about 20% of your points into squadrons with him, and that's pretty close to the squadron cap at 800 point games.

Admiral Sloane (C+) - (B/~/C)
Sloane certainly doesn't get better with a limit on the total number of squadrons you're allowed to take.  Plus more ships means more chance someone will bring dedicated Flak or more points in fighter escort for their ships.  Still, she's the only dedicated squadron commander, so she'll still have a place on the table somewhere.

Admiral Raddus (C+) - (B/C/C)
It's not as impressive dropping 150+ points of angry fish on the table when it goes from almost 1/2 your fleet total to more like 1/5th.  I'd argue this is still "pretty darn good", but Shmitty and Truthiness feel that it can be worked around.

Mon Mothma (C-) - (D/C/C)
I guess we all figure that there isn't enough room to have fast maneuverable Rebel ships in significant numbers.  Honestly, I think that 800 points is built for multiple Large ships, and swarms of non-Large Rebel ships isn't what the format needs.  Shmitty and Truthiness didn't rate her as poorly as I did, so she's just kinda... okay?

Admiral Ozzel (C-) - (D/C/C)
Changing your speed rapidly isn't really that amazing in a world with Jerjerrod / Tarkin doing things better.  His value of being cheap isn't even valuable at the best of times, but in 800 points it's even worse.  Still, it could be argued he is usable.

General Cracken (C-) - (F/B/C)
Quite a wide disagreement here.  Cracken to me feels like hot garbage - being intentionally limited to going Speed 3 in this kind of clustered environment seems like asking for trouble to begin with.  Shmitty seems to think he's going to be better than Mothma for keeping fast, smaller ships alive, and works with most Rebel ships regardless.

General Leia Organa (C-) - (D/C/C)
I hate saying this, but her ability is garbage.  At least at 800 points it's not overcosted garbage.

Admiral Konstantine (D+) - (C/D/D)
Konstantine isn't good.  Everyone knows this.  He's hard to build for at 400 points, and while he becomes easier to build for at 800, is his ability even worthwhile at that level?  I'm not sure he couldn't have some value in screwing with your opponent's positioning at 800 points, so I went with a "C", but I am alone in this.  General consensus is not work testing out at this time.

General Tagge (D+) - (A/F/F)
A legitimate disagreement here.  Tagge is BAD.  Like, really bad.  Unless he's secretly the best commander for the 400 point SSD, because that ship is going to be attacked more than a little bit.  You're going to be tempted to burn those Braces, and probably on Turn 2 at that.  Either I am a genius and can say "I told you so" to those to philistines, or they're right and Tagge belongs in the flaming dumpster below. 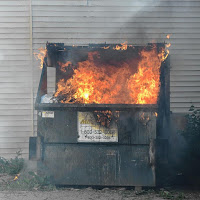 This should be fun!

Not sure on Sloane, Palp, or Piett