"NEXT ARMADA EVENT ON VASSAL" - Finals Match! Ginkapo vs Gowtah

That's right, it's time to see who can earn one of the coveted automatic entry slots into the Armada World Cup!  Up today it is Ginkapo verses Gowtah in a battle of Rebel Dodonna supremacy.  Only One Dodonna will emerge victorious.  Which will reign supreme? 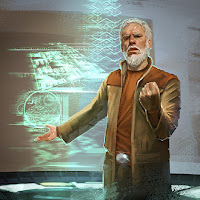 MC80 Hammer, You can't tap this

8 Deployments, 4 Activations, "Motti" score of 6.  Ginkapo has geared his entire list up for getting B-Wings to their target and blowing that target up.  Bomber Command Center and Toryn Farr combine to give re-rolls to fickle bomber dice, while Yavaris ensures that any B-Wings that get close enough punch above their weight class (twice!).  Flight Commander and Flight Coordination Team let the squadrons roll ahead while the capital ships catch up.

However, the dice rerolls and damage are all coming from the fighters.  If an opponent can find a way to pin the B-Wings in place, so to does he pin most of the damage output from this list.

All objectives listed are very good for this list - either putting Yavaris in an excellent spot for a flank (Hyperspace Assault), giving a strong deployment advantage (Superior Positions) or a point advantage (both Superior Positions and Most Wanted).  He will get initiative for certain, with his 384 bid.

9 Deployment, 6 activations, 5 Motti score.  A 398 bid means it won't be choosing First or Second player, but another list with Rebel transports sitting on the top.  This list is similar in its use of squadrons as a primary weapon, but has a different approach than a singular B-Wing theme.  2 X-Wings, Dutch, and Luke serve to add an additional anti-squadron component.  A Torpedo Frigate at 89 points is the only real nod to ship to ship damage, but could be a significant threat if allowed to go as First Player.

Overall, there is a lot of dial manipulation, allowing great flexibility for the fleet.  Skilled First Officer, Leia Organa, both are designed to keep the right dial at the top of the deck (or near the top), and 10 potential squadron activations (not counting Admonition) should keep all 7 squadrons moving and shooting each turn.  Bomber Command Center and Toryn Farr both make an appearance as well, as does Jamming Field.

Objectives are not listed at this time, but we can expect Most Wanted, Superior Positions, and probably Hyperspace Assault (though Contested Outpost would not be surprising).

I was going to talk about the games that these two have taken part in, but I just realized that I don't have any work up yet involving the two of them (except for Ginkapo to say that he was new to Vassal Armada and captaining a team of Rieekan players 2 tournaments ago).  So this is kind of new.  I don't quite have a good record of their builds or playing styles.

That being said, we can definitely infer that the winner of this matchup will be the player that can best utilize their squadrons.  And I would say that it is to the point where measured aggression against the other's squadrons may be more important than launching bombing runs on low cost ships.

Of the two, Gowtah has a small but significant advantage in both activations to get his MC30c down in a good flanking position, and in activations to set up a good shot with it.  Whether Ginkapo would cede First Player in favor of his strong objective set is up in the air, but if he had both First Player and the plurality of activations, he could put a strong hurt on Ginkapo's ships and squadrons without an equal amount of retaliation.  Also, the MC30c he has made is custom built to end flotillas.

Keys to the Game:

Just looking at the lists and the matchup, I think Gowtah has the better chance here.  He has better anti-squadron firepower to tie up the B-Wings and splat the Intel ships, and that could be all he needs.  In the end though, it will all come down to the squadron game - this is a game that could hinge on a single roll - it should be fun to watch!

Incoming Transmission From: Biggs at 05:39
Email ThisBlogThis!Share to TwitterShare to FacebookShare to Pinterest
Labels: Armada, Ginkapo, Gowtah, Match-up of the Week, Vassal