As a fun exercise, I have decided to go through the upgrade cards and arrange them into overall tiers.

Hopefully, doing so will let me look at the with a more critical eye going forward, and may help each of you examine your own choice of upgrades too: 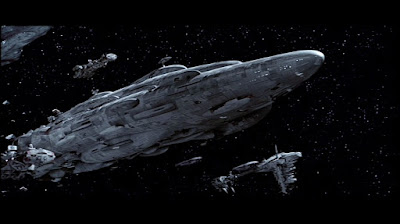 Before we continue, a brief description of each Tier Level - what does it take to make it into this tier?  Bear in mind that all the tiers are based around the card just by itself - without any


Nothing the rebels have for Commander could be considered "Broken" in any fundamental way.  Commander Sato might find his way up here depending on the official ruling on his ability.


General Rieekan - Fundamentally changes the way the game is played?  Check.  Overpowered?  Well, not exactly.  He is certainly no slouch, but he isn't inexpensive.  Capable of working with any list but you can certainly tailor things to him.  Allows you to "block" with sacrificial ships and named squadrons.


General Dodonna - The baseline rebel commander.  He is great just by himself, works with any ship (or rather, works on any enemy ship) and while you can certainly build around him, you don't actually have to.  His cheap cost translates into savings you can invest elsewhere.


General Madine - He obviously works better with ships that want to navigate, and don't have great navigational setups.  Might be making a push for A tier, but we will have to see.

Admiral Ackbar - Dropping from A-Tier to B-Tier after the latest wave didn't give him anything to really work with.  Works very well with very specific ships and builds.

Mon Mothma - Only works with ships that have at least one evade token, which rules out the large base ships from contention.  Otherwise a solid defensive choice.  A bit expensive, especially for a smaller ship fleet, since she doesn't really have synergy with a Centerpiece style flagship.


Garm Bel Iblis - Tokens are good and work with anything, but he works better with big ships rather than small ones.  In a way, he is a watered down rebel Tarkin.  He is cheap for his cost though.

General Cracken - A poor man's Mon Mothma, though not by much.  He doesn't do anything for Large ships, nor does he help ships that need to move slow.  If his ability was always on, even for slower ships, he might be A tier.


Amazingly the Rebels really don't have anything that could be considered "Bad" for their Commanders.  Just about everyone is viable in some fashion.


Again, nothing horrible in the Rebel's main lineup.  Keep on keepin' on.