Next up in our 1.5 commander spotlight is the snootiest of snoots, the stealer of Krennic’s glory, the butcher of Alderaan. Yes, we’re talking Grand Moff Tarkin. Tarkin dovetails nicely off of our discussion of Leia, not just because the two are so inextricably linked in the Star Wars canon, but also because of the similarity of their abilities and cost. Tarkin is amongst the oldest commanders in Armada, shipping with the original starter set. His ability allows you to give out command tokens like candy to all of our ships every turn. The catch is that it has to be the same token for every ship. Unfortunately he has not aged particularly well, despite getting a boost with the Sovereign title.

Tarkin had two issues. First and foremost is cost. As I said with Leia, the cost reduction Tarkin is getting (10 points) is a lot in Armada. That’s two moderate upgrades, or one big one, which can make all the difference in a fleet. The second is Tarkin’s lack of flexibility. It’s hard to make a fleet that wants just one type of token each turn. I saw him work somewhat in the early days with Victory carriers, who all generally wanted to do the same thing as the other Victories each turn, but as the game has evolved, Tarkin’s lack of flexibility became more of an issue. The Sovereign title alleviated this problem a good deal, allowing you to swap out some of Tarkin’s tokens for different tokens. Overall it’s a pretty solid deal, leaving Tarkin with just one real problem: his cost.

That’s where 1.5 opens new possibilities. As a 28 point commander handing out tokens all over the place, Tarkin is suddenly a lot more competitive with other Imperial commanders in that range. I still think you’ll want to have him sitting on Sovereign at all times, but if you’re OK with that, then have at the old man. In my opinion, he’s probably better than Garm now (COME AT ME SHMITTY!) since he’ll give out more tokens with more flexibility over the course of a game. The only possible catch is...well they’re still just tokens. If you have a plan to maximize them, then awesome. If not, well, Tarkin is going to seem pretty lackluster. Here’s a pass at a Tarkin list: 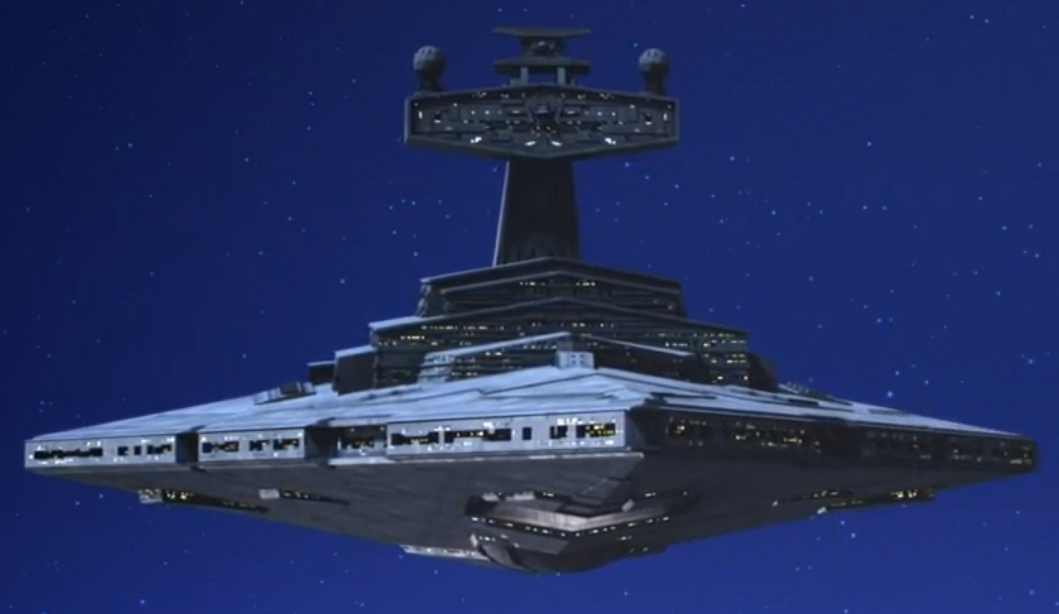 As with Garm, Tarkin needs a token plan. The plan here is navigate tokens for the Arquitens, confire for the Cymoon, and navigate or repair for the Gozanti. If you see a token factory and don’t immediately think of Intensity Firepower!, you’re doing it wrong. As with Shmitty and Bigg’s Garm Dumpster Fire, I think any Tarkin list absolutely has to start with this crucial Fleet Command upgrade. It allows you to forgo a significant investment in dice fixing upgrades. For Imperials, that means a Cymoon or the Chimera title. As I said above, though, I can’t see running Tarkin without the Sovereign title, which makes the choice of a Cymoon pretty obvious. That flagship is itself pretty straight forward. It should be concentrating fire as much as it can in order to utilize its Gunnery Team, while relying on tokens beamed over from the Comms Net to toss over nav tokens to adjust speed or repair tokens to refresh Electronic Countermeasures as needed. 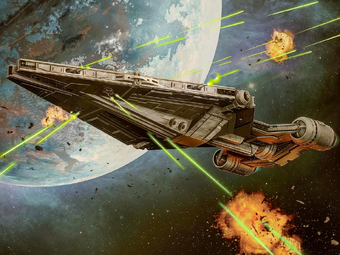 The Arquitens Command Cruisers are intended to be slim, but solid damage dealers. There are players who have already had success with Arqs with Engine Tech fueled by Tarkin. By using a nav token, you can speed up and slow down as need, and then get 4 clicks of yaw thanks to the Engine Techs. As long as you’re ok with that coming at the end of the move, that’s a much more flexible Arquitens. Oh, and it can effectively go speed 4 if it needs to get out of a bad situation. Now you can do that for 10 points cheaper, so I figure it’s worth giving a shot. Reactive Gunnery adds a new wrinkle as well, putting that seldom used contain to work, put out two dice at medium range with IF guaranteeing at least one damage. The plan is spam concentrate fire commands and rely on the Tarkin navigates for maneuver.

The Comms Net is barely worth mentioning. It’s Tarkin token will immediately find its way back over to Sovereign, based on whatever that ship needs in a given turn. Otherwise, the Gozanit is just commanding squads to the best of its ability. I have felt less of a need to maximize squadron command value on screen in 1.5, since part of the screen can hang back to, you know, screen ships. Ciena, Valen, and 2 Interceptor backed up by a couple RHDs I think is plenty solid for a 1.5 screen. Cienna and Valen remain a very obnoxious combo that can tie things up and whittle them down quite effectively for the cost. And RHD Interceptors I think are just gold.

So will it work? You should be familiar with this answer by now: who the heck knows! The point is to get out there, try new things, and have fun doing it. This feels like a whole new game to me. Enjoy it!