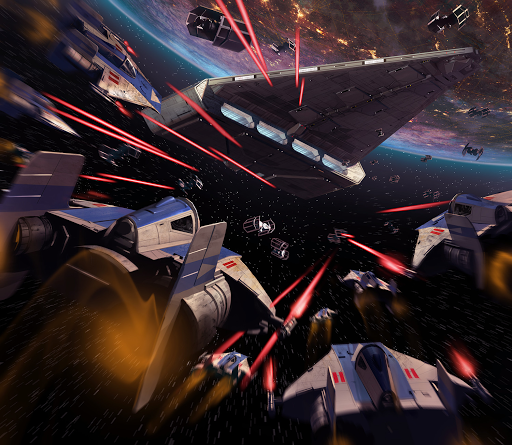 Hello again everyone! Today, I finally get to talk about the "1.5" rule adjustments for Armada. As you may or may not have noticed, Shmitty and I are in the playtest credits for the game’s latest update (so yes, this is all our fault, hate away). I've been waiting a long time to discuss this openly, and I'm really excited that the larger community finally gets to play with the changes. The adjustments go toward addressing some long standing complaints from the player base. The result, in my opinion, creates options for much more diverse fleets than we currently see in the competitive environment. More importantly, it makes the game even more fun to play. So without further ado, let's dive in.

The biggest change, by far, is the introduction of revised activation mechanics. One of the oldest tricks in the Armada book is to set up a ship to get the last activation in one turn, and then activate the same ship at the start of the next turn. There have been upgrades, such as Governor Pryce, introduced in an attempt to disrupt this strategy, but those upgrades have ended up just causing more problems. As such, the revised rules have introduced a pass token, which are awarded to the player with fewer ships at the start of the game. Unlike the previous iteration found in the Super Star Destroyer expansion (which this update replaces), the new pass token is one time use, and you also cannot use pass tokens back to back. In addition, Governor Pryce, Bail Organa, and the Strategic Adviser are being removed from competitive play for the time being. All of that put together means that, while last/first is not completely eliminated, the second player has more opportunities to avoid it.

The second major change is to the evade defense token. And man do I love this one. For small ships, this is often their only way of reducing incoming damage. It was, however, completely useless at close range. That is, until now. The effect previously allowed for medium range is being extended to close range. This allows ships some measure of use from evade at all times, even against squadron attacks. In addition, the evade token also allows smaller ships to get greater use out of evade against bigger ships. If a smaller ship is defending against a large ship, the evade token can affect an additional die. For example, a Raider defending against a long range attack from a MC80 Assault Cruiser could cancel two dice instead of one. The catch is that if the small ship elects to cancel an additional die, they also have to discard that defense token, even if it was readied. This allows evades to become somewhat of a panic button for small ships, especially those that need to get to close range, where evade is less effective. Trust me when I say this change gives Raiders and Hammerheads some major help, and makes MC30s and Gladiators without titles much more interesting.

Moving on to squadron changes, Intel is perhaps the most controversial keyword around. When it was introduced, it upended the squadron portion of the game, in many cases allowing bombers to entirely bypass a fighter screen. The updated rules have changed Intel considerably, attempting to strike a balance between total freedom and total lockdown. Intel now affects friendly squadrons instead of enemy squadrons. Instead of inflicting the Heavy keyword, it now instead grants Grit to friendly squadrons at distance one. The impact is to allow smaller fighter screens to have a greater impact on fleets with maximum squadrons, allowing the screen to slow down enemy bombers for at least a little while. 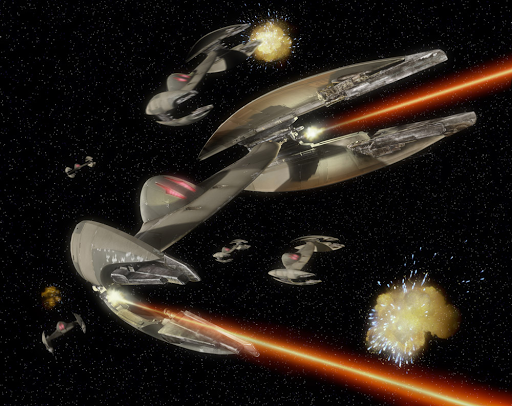 Finally, unique squadrons with defense tokens, often referred to as "Aces", have often come to be the only squadrons players take. It is not uncommon to see eight unique squadrons fill up the maximum squadron capacity of a fleet. In many tournaments, you often see the same eight or so Aces in fleet after fleet. They're often more capable and more efficient point for point than their generic counterparts. It also means that a lot of interdependent abilities have to be perfectly lined up. Many players felt this slowed down the game, as players have to be very exact in their squadron placement. While I hope a total points rebalancing comes at some point, for now the developers have elected to simply cap the number of unique squadrons with defense tokens that a player is allowed to take at four. The hope is to speed up squadron play a bit and force some more variability in squadron composition.

Accompanying these changes to the rules are tweaks to a large number of existing upgrades. Some are simple points changes. Some are some slight functionality changes. The goal is to make some highly-used cards feel less “mandatory,” and some less-used cards feel more viable. How often have you wished the Grand Moff Tarkin or Leia Organa commander cards cost less? Have you ever wished Garm bel Iblis or General Tagge had a little more flexibility? Those cards have all gotten another look and changed to make them more compelling. Meanwhile, Gunnery Teams and Electronic Countermeasures, two upgrades that completely dominate their slots, now use a new mechanic requiring the player to spend a certain command token in order to be refreshed. That’s just a very small sample of the upgrade rebalancing.

I've been playing with these updated rules for a while now. I thoroughly enjoy them, so much so that I've struggled to force myself back into the old ruleset for competitive play. I know Shmitty has been dying to play with them in the open as well. These rules changes are a significant improvement for an already fantastic game. The best part is all my old favorite fleets still work with some minor adjustments, while also opening up a lot more options for new competitive archetypes. It's a great time to play Star Wars: Armada!

Incoming Transmission From: Truthiness at 16:05
Email ThisBlogThis!Share to TwitterShare to FacebookShare to Pinterest