Bold Predictions for the Wave 6 Meta

Wave 6 is upon us! I'll let Biggs dig down into the nitty gritty of all the new upgrades (he's really good at it). Instead, I'm pulling out my crystal ball to see where this wave will take the meta. It's time for some bold predictions!

Rieekan Isn't Going Anywhere
The Rieekan nerf is harsh. The fact that you only get one ship or squadron in a turn likely means ships will be prioritized for zombificaiton, taking a lot of Rieekan's punch out of the squadron game. But you know what? It's deserved. Since the inclusion of Biggs, the combined resiliency is just too much. Even with the nerf, he's still a very good commander that isn't going anywhere. Good Rieekan players will only require a slight adjustment to keep flying the Ace Holes. Ships are not usually at risk of death in turn 2, meaning that you can make a Rieekan zombie out of a squadron without worrying about needing it for a ship in the same turn. I think ramspam is likely to take a big hit and see less use (thank God), but the Ace Holes aren't going anywhere. It's a good thing, then, that wave 6 brings us the best Ace Hole counter yet. Sloane will Flood Store Championships
Sloane's swarms are set to rip apart Ace Hole lists. Defense tokens will start getting thrown out very quickly and Rieekan can't keep all those zombie escorts around anymore. As with all things, though, people will figure out how to fight against Sloane. Her best squadrons, Phantoms and TIEs, are all quite fragile. Anti-squadron batteries will take a large toll, as will squadrons with counter. Shara in particular has "FUCK YO TIES" tattooed on her forehead. That's why I think that while Sloane will flood this latter part of Store Championships, she'll start to fade as we get toward Regionals season. That's not to say she won't be viable. We'll just see her use scaled back to sane levels, as opposed to the utterly insane levels I expect during Store Championships.

Flotilla Activations?
I'm torn on whether or not this wave will see any shift in the ubiquity of flotillas. We'll all heard the complaints about the game devolving into 2 regular ships and 3 flotillas (or worse, 1 big ship and tons of flotillas). The lifeboat nerf will help to a degree since it will force players to either get their commander into the fray or pay significantly more points to tuck them away in a corner. Sloane's ability will also be very good at pecking away at flotillas. 48 points of TIE Fighter attacks are enough to all but guarantee a flotilla kill. Other counters already in the game might also swing back into favor, such as Jonus or Home One. For the life of me, I don't understand how I'm not seeing more of Jonus. Still, the root causes of flotilla spam are still there: cheap activations. Until we have something that allows bigger ships to compete with 18-23 points for an activation, I'm not sure we'll see the meta break out of the flotilla funk we're in. 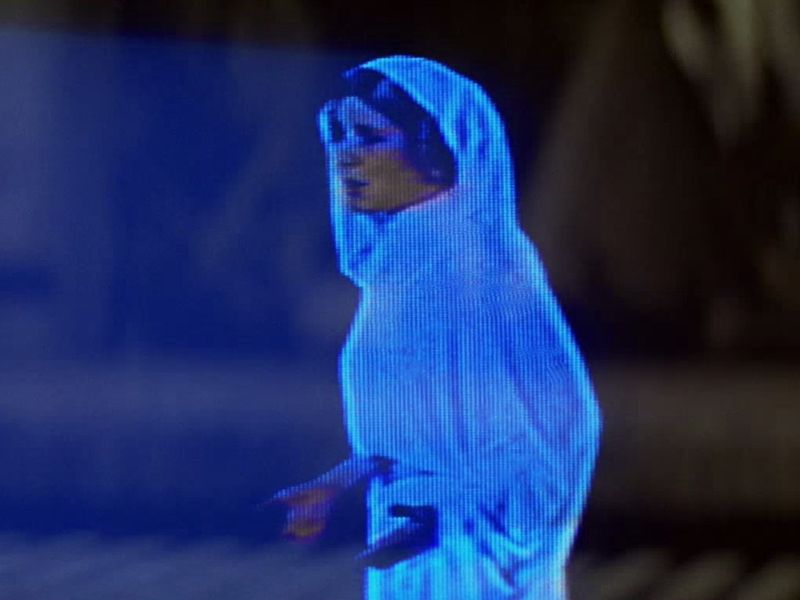 Leia will be a Force Ghost
Leia has the same problem as Tarkin: her ability is great, but she's far too pricey. If the tournament standard were 500 points, she'd be worth every penny in a well conceived and built list. As it stands, though, she's going to be very limited in her use. You might see the occasional fringe build made just for the express purpose of getting her on the table. The best build JJ and I were able to conceive is a Hammerhead Scout spam with DTTs. In theory you do a lot of concentrate fire spam. The question at that point, though, is why bother? You could take Cracken and TRC90s, pay around the same points, put out almost identical (and more consistent) firepower, and be more durable on top of it. It's sad to say that this version of Leia will be making the table just as much as the Grand Moff. 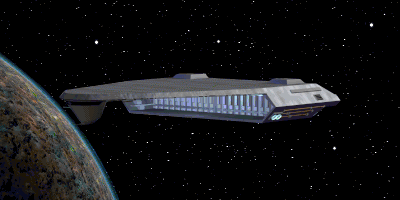 The Quasar will be Underappreciated
We've already seen the grumblings on the forums. Some are already calling the Quasar dead on arrival. The logic is you can command just as many squadrons with two Gozantis for less points and get an extra activation in the process. This ignores the fact that the Quasar can grab Flight Controllers and Expanded Hangars, adding a blue anti-squadron die to five squadrons (six with a token) at once. The value of that kind of alpha strike with squadrons cannot be understated. Imagine if those were six TIE Defenders. Yikes. This goes back to the quantity vs. quality of activation argument. The meta is obsessed with quantity right now, even though the quality of a Quasar squadron activation is absolutely worth the points and activation trade off. Excuse me while I go polish off some four activation lists with no flotillas... 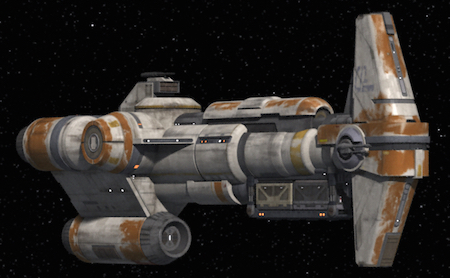 The Hammerhead will Struggle to Find a Role
Don't get me wrong, I like the Hammerhead. At 39 points, the Torpedo Corvette with External Racks can dump a lot of firepower for very cheap. But at the end of the day, the Hammerhead is going to be rather niche. You might see a wolfpack of Task Force Organa Torpedo variants with External Racks prowling around for 40 points a pop, but I think that's about it. The Scout Corvette is little better than a downgrade from the CR90A that isn't cheap enough to warrant inclusion in all but the most carefully crafted builds. 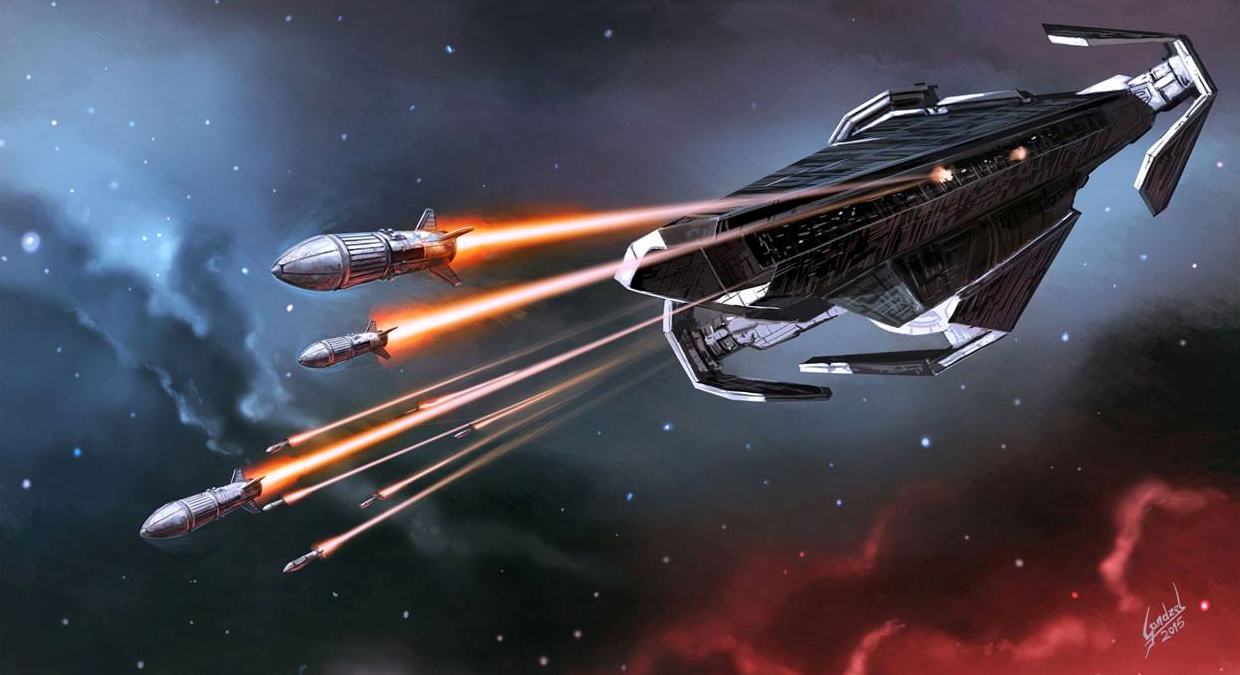 Raider Renaissance
I think the Raider might be the quiet winner of this wave in the long term. External Racks are tailored made for the Raider I. They don't often get more than one good shot on a target, so External Racks give them a Clonisher-level front arc for a dirt cheap 51 points (including Ordnance Experts). The Raider II likewise gets another lease on life with Disposable Capacitors. While most of the attention has, rightfully, been focused on what this does for the VSD II, the Raider II's 3 blue dice pushed out to long range should not be underestimated. And once again, this Raider loadout only costs 51 points with Disposable Capacitors. If that's not enough for you, Ion Batteries could be an intriguing prospect that ups the damage a little bit more. We'll have to keep an eye out for future Ion upgrades that increase blue die damage. The Raider II could get really nasty.
Incoming Transmission From: Truthiness at 17:11
Email ThisBlogThis!Share to TwitterShare to FacebookShare to Pinterest