If I Were Going to Worlds... 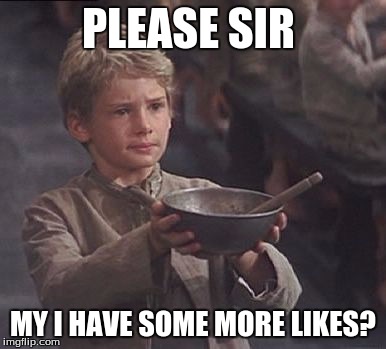 One of these days, I'll have the time and money to make it to FFG's World Championships. I swear. In the meantime, I'll just continue to pine for the experience, reassure myself I'll totally be able to do it next year (yeah, right), while also daydreaming about somehow winning NOVA this year and doing it all for free. That hasn't stopped me from refining my wave 7 list. If you're going to Worlds and want a netlist, I'm taking a page out of Green Knight's book and offering this up to anyone that wants to take it.

As my last few articles indicated, I've been bouncing around with my Raddus development. I started with an MSU style with close range ships (Admo, Hammerheads). I found myself really hurting to make the small ships effective against long range large ships, such as Cymoons and Liberties. I then moved to a double large, trying both a Lib drop ship and an MC75 flagship as well as the inverse. I've found these lists to be...kinda boring. Despite the Raddus mechanic, these are effectively jousting lists, especially with an MC75 drop ship. Don't get me wrong. These are very effective lists. I just don't enjoy jousting. So I've come back to an MSU style of play and a Liberty drop ship. Here's the latest incarnation:

The main impetuous for going back to an MSU starts with the choice of drop ship. A supped up Defiance would certainly work well, but is ultimately a bit too pricey for my taste. The MC75 has been the choice of a large portion of Raddus players. But as I said earlier, the end result is too much of a jousting experience. The MC75 almost inevitably has to approach front to front to ensure its maintains its needed double arc to be effective. This gets even more pronounced when paired with Liberty in a double large list. That leaves me with the Liberty as my preferred choice of dropship. It helps that this is easily my favorite ship in Star Wars. It works well coming in from the flanks and puts out an awesome amount of firepower. I've tried using an MC75 flagship with the Liberty as the drop ship, but the MC75 just ended up as a bit of a liability. That brings me full circle on using an MSU approach to the remainder of the fleet. If you've paid attention to my Madine trails, things should look quite familiar. These CR90As with TRCs and Engine Techs were one of my absolute favorite parts of that list. Their speed and flexibility make them a blast to fly. The difference between this MSU approach and my earlier attempts is all about range. The consistent and reliable damage keeps up the pressure, but the range and ETs allow the TRC90s stay out of the precarious positions Hammerheads and MC30s have to place themselves to bring their firepower to bear.

My Liberty loadout itself also deserves some explanation. It starts with my approach to bidding. I generally perfer first player with this, but I'm unwilling to invest the serious points needed nowadays. Six points gives me the option against those that don't care about first or second, while minimizing the amount of wasted points against someone who bids for first. That means I have to be prepared for second player. The Battle Cruiser with 5 reds at long range allows me to do just that. I continue to get odd looks for my choice of Caitken and Shollan over Gunnery Teams, but I'm a huge fan. It's important to keep a ship's purpose in mind. I'm not looking for a ship to clear a wide area of small ships, which is the typical role of Liberties. I have no problem ramming with the CR90s if need be if I face a swarm of small ships. No, this Liberty is made to hint other large ships. C&S make the red dice quite reliable at all ranges. It works especially nice with SW7s, allowing C&S to concentrate on the reds even at medium range. Intel Officer and XI7s take it to the next level. XI7 ensures damage punches through whatever flank the Liberty targets, while IO ensures that even an ECM-protected ship can't withstand a persistent pursuit.

My biggest weakness, as with many of my builds of late, is against squadrons. The difference between this list and my Madine list is that I can force split attention. Where as at Regionals this year, enemy bomber forces could concentrate on my most valuable ship early and often, Raddus allows me to keep my prized Liberty untouched until I'm ready. When it does come out, I can place the Liberty away from the squadron concentration if I like. Additionally, it can bring a double black anti-squadron battery to bear. Tycho and Shara are just as capable in this list as my Madine list. They remain two of the most frustrating squadrons to deal with in the game. I'm also less prone to squadron interference than other Raddus lists, however. First of all, the three CR90s make for a wide array of options for the Raddus drop. Second, because my Liberty is designed to function at pretty much any range, I have a lot more flexibility with my positioning. Squadrons can effectively limit the MC75's delicate positioning to a degree. That's not the case with the Liberty. Finally, the Errata changes to flotillas brings back the throat punch approach to dealing this squadrons. Kill the capital ships, and the game ends before the squadrons can take their toll.

There you have it: another proposed Raddus list for Worlds if you want it. Embrace the power of the blue fish. He is your salvation!
Incoming Transmission From: Truthiness at 14:40
Email ThisBlogThis!Share to TwitterShare to FacebookShare to Pinterest
Labels: Admiral Raddus, List Building, Worlds